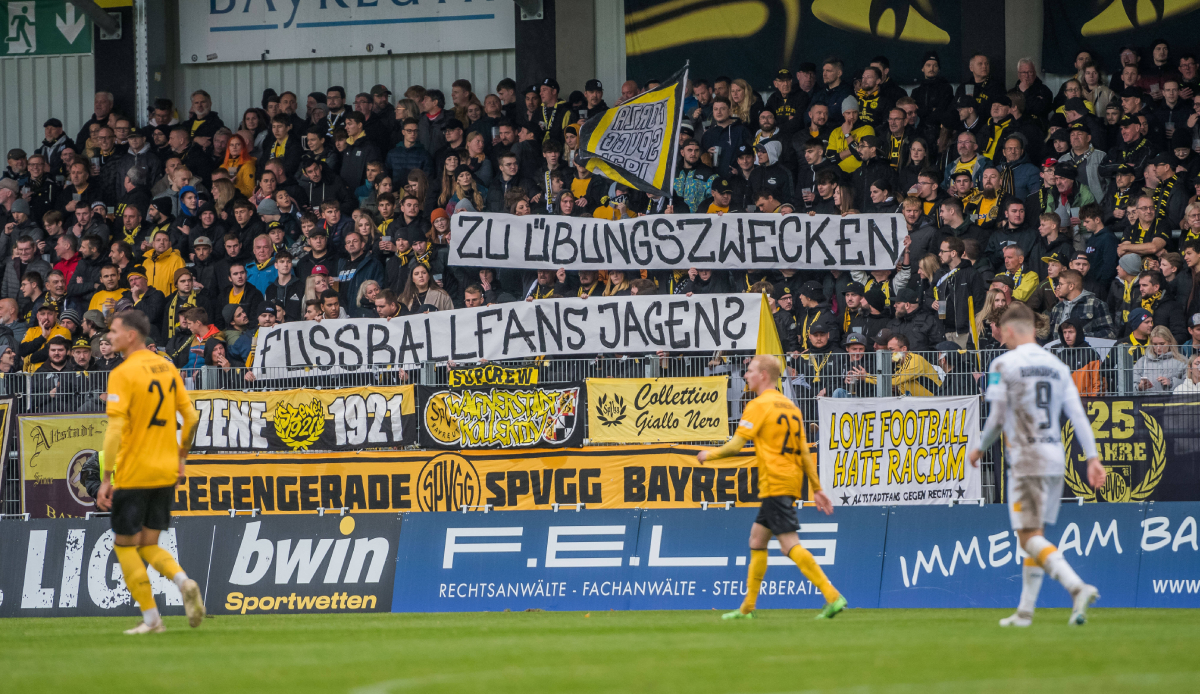 Several people, including 14 police officers, were injured in riots by guest fans on the sidelines of the third division game between SpVgg Bayreuth and Dynamo Dresden (1-1) on Saturday. In addition, the inventory of a snack bar was destroyed, the damage to property is estimated at 20,000 euros, according to the Upper Franconia police.

Since then, the contents of the cash register in the amount of 5,000 to 10,000 euros have been missing, and the Bayreuth criminal police have started investigations into several cases of serious breaches of the peace.

“We deeply regret that there were violent clashes between police officers, security forces and some Dynamo fans during the half-time break, with numerous injuries on all sides,” said Dynamo Managing Director Jürgen Wehlend on Sunday: “SG Dynamo Dresden distances itself from violence of any kind.”

The starting point of the riots was a call for help from a security guard in the guest block. According to their own statements, the riot police who rushed to the scene were “immediately attacked by guest fans and attacked with punches and kicks”. The supporters pursued the retreating police officers and broke open a stadium gate, which the officers were subsequently able to hold.

“That’s why the group of Dresden fans destroyed the inventory of a nearby snack bar and used it as projectiles,” says the mission report: “They also harassed the caterers employed at the stand.” One of the 14 police officers injured in the altercation required medical attention. There were also injuries on the part of the fans.