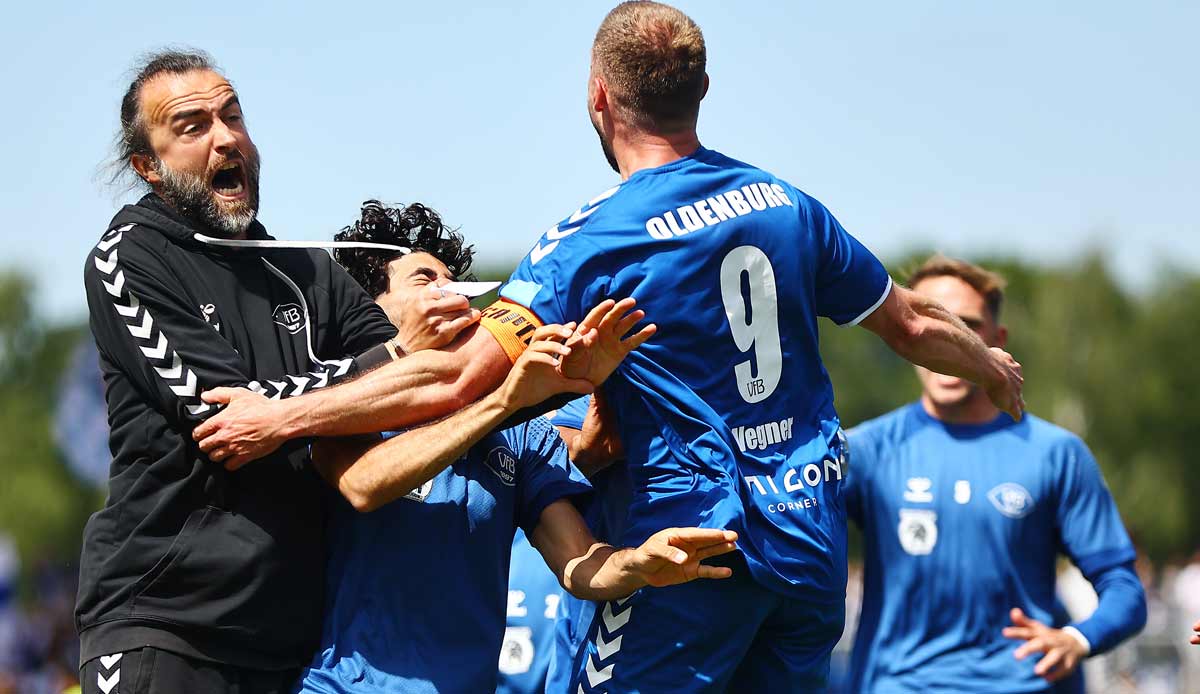 VfB Oldenburg has made its comeback in German professional football perfect after 25 years. In the decisive relegation second leg against the Berliner Nordost winners BFC Dynamo, the champions of the Regionalliga Nord conceded 1:2 (1:1) for the last free third division place after VfB had won the first leg in the capital 2:0.

Oldenburg was relegated from the 2nd Bundesliga in 1997 before the 3rd Bundesliga was introduced in 2008 as the lowest professional league in Germany.

In Oldenburg, the lead of the hosts by Max Wegner eleven minutes before the break after the win in the first leg a week ago meant the preliminary decision. Dynamo equalized before the change of sides through Niklas Brandt (45′), but despite the winning goal through an Oldenburg own goal (90′ + 6) they were unable to force the hoped-for extra time or even turnaround in the second half. The record champions of the former GDR must therefore continue to wait for their return to the third division 22 years after their relegation.

With Oldenburg’s promotion, the third division field of participants for the coming season is complete. Before the North Germans, ex-champion Rot-Weiss Essen (champion Regionalliga West) as well as SV Elversberg (Südwest) and SpVgg Bayreuth (Bavaria) had already been promoted to the lowest professional league in German football. The quartet takes the places of Viktoria Berlin, Würzburger Kickers, TSV Havelse and Türkgücü Munich.