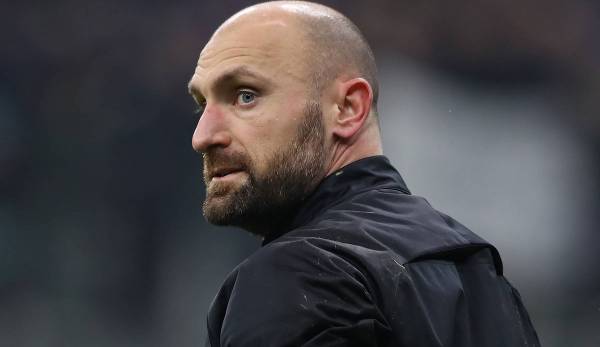 Six years, zero games, two red cards – with these statistics Tommaso Berni will go down in the history books.

There are undoubtedly different ways to achieve cult status. The position as the third goalkeeper is – at first glance – not necessarily the best starting position. Nevertheless, Tommaso Berni took on this role at Inter Milan for a full six years and managed to say goodbye as a cult keeper there without a minute of playing time.

Because although Berni was never between the posts, he certainly didn’t need to be accused of a lack of commitment. He was also emotional on the bench. That brings the now 38-year-old an amazing statistic in the service of Inter: zero minutes of play, two red cards.

The keeper conceded the first red of his Serie A time in January 2020. In the 1-1 draw against Cagliari, he sneered after the final whistle for the dismissal of Inter’s Lautaro Martinez, after which he was also sent off.

Berni received his second red card in June of the same season. This time, an unscathed elbow check in the 1-0 draw with Parma upset him. He spoke loudly to the fourth official and was eventually sent off for insulting the referee.

Actually, Berni could have been the ideal third goalkeeper for Inter Milan. He began his career with the Nerazzurri and was trained there. He went through various Italian junior national teams and surprisingly moved to Wimbledon in 2002.

After waiting in vain for a match there as well, his next move took him to where he played most games: to Ternana in Serie B. There he was a regular keeper for two seasons.

Berni: End of career at the origin

This was followed by positions at Lazio, Salernitana (loan), Braga and Sampdoria before he went to FC Torino and then back to his origins in Milan in 2014. He stayed there for six years, until that fateful 19/20 season. This was also Berni’s last with the Nerazzurri. His contract expired at the end of August and was not renewed. A week later, Berni officially announced the end of his career.

The time from 2014 to 2020 was apparently still worth it for the goalkeeper. In Inter’s video formats, he always presented himself as a good-humored joker who had the back of Inter’s number one Samir Handanovic – and as a small compensation he was able to enjoy an annual salary of 200,000 euros even without a commitment.