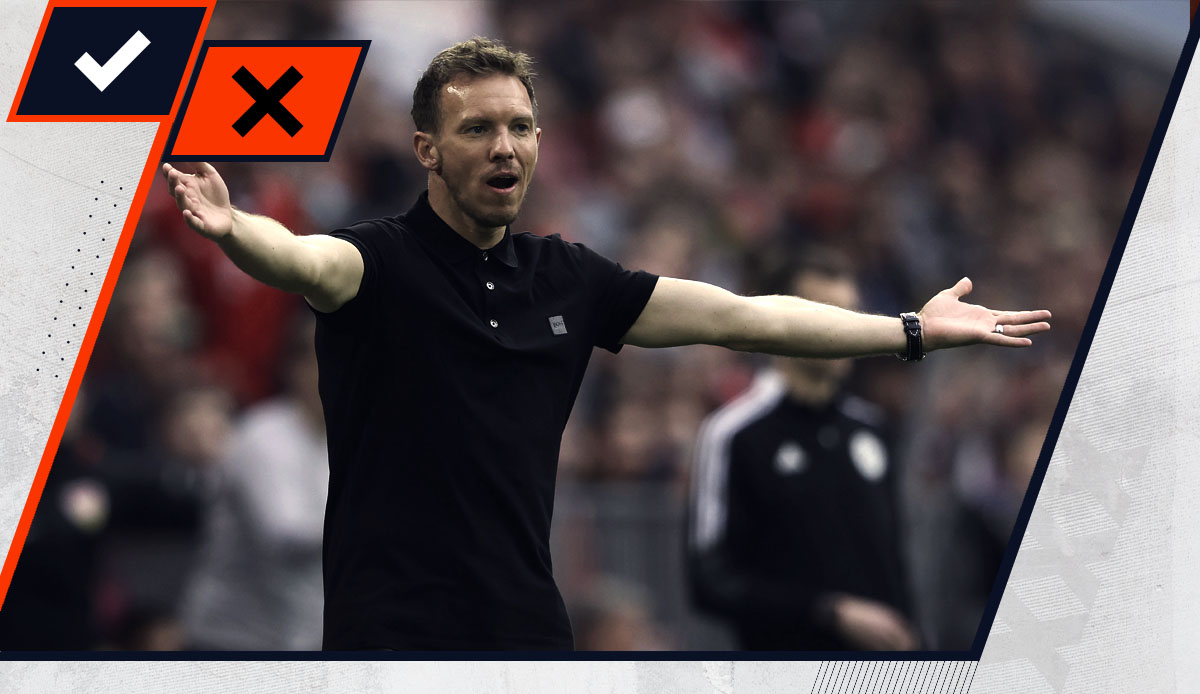 PRO: Bayern just have to play against the table 16 at home. to win

You can twist and turn it as you like: Bayern’s 2-2 draw against VfB Stuttgart on the 33rd match day of the Bundesliga left a stale aftertaste. Not only with the supporters of the other relegation candidates, but also with the neutral fan.

Because statistically, a home win for the record champions was actually a matter of course given the long-term dominance in the league in general and especially against VfB. Since 2010, Munich have won 21 of 22 competitive games against the Swabians, often high as the goal record of 65:20 shows – about 5:0 in the first half of the season. The former southern rival was recently no longer a real opponent for FCB.

Only in May 2018, on the last day of the season, when Bayern had been champions for a long time, did they concede a 4-1 home slap before handing over the trophy. On Sunday, too, the title win had been certain for weeks and this time, too, the celebration of the championship was almost spoiled by a bankruptcy against the courageous guests.

The decisive difference to 2019: At that time it was only about the Golden Pineapple between Bayern and Stuttgart, this time about the relegation battle. That’s why the VfB rivals had understandably expected a similar clear Bayern success as against the other teams from 15th place, against which the Munich team won all games.

In view of the performance, which was again not worthy of a master, a week after the listless 1: 3 in Mainz, Bayern have to put up with the accusation of having distorted the relegation battle. Especially after the team tour to Ibiza last week. As understandable as the trip and the easing of tension due to the fixed title are: For the opponents of Stuttgart, it came at the absolute wrong time.

With the actually expected Bayern victory, VfB could not have been saved directly, but now Hertha BSC could still slip to the relegation place. Of course, the Berliners are mainly to blame for this, but one can understand the disappointment that the front runner was far from his normal form against the third from last.