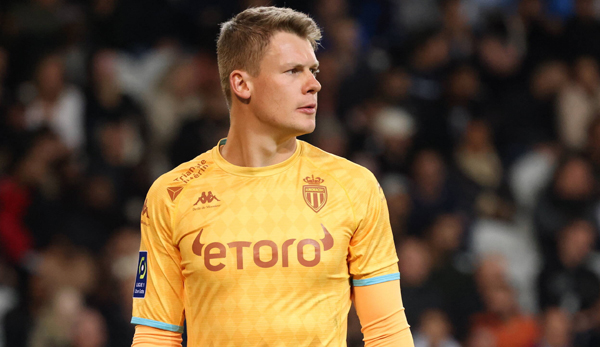 Bayern Munich’s sports director Hasan Salihamidzic and Marko Neppe (technical director) were surprisingly spotted at Munich airport on Thursday for a business trip. Their goal, however, was not about talking about a possible winter transfer.

Rather, the Bayern duo traveled to Nice, where the goalkeeper Alexander Nübel, who was loaned out by the German record champions to AS Monaco, will play against Red Star Belgrade in the Europa League in the evening.

Nübel consultant Stefan Backs confirmed that a conversation with Salihamidzic would be pending. “It’s a completely normal process. They look at their player on the spot,” Backs told sports1. However, the game on Thursday evening will probably not be up for discussion, but rather Nübel’s future after the summer of 2023.

Then the 26-year-old goalkeeper should actually return to Bayern from his two-year loan. However, he recently questioned this himself.

“Playing time is the most important thing for a goalkeeper. If Manuel, who has a contract until 2024, stays with Bayern, it makes no sense for me to return,” said Nübel getfootballnewsfrance.com: “I have a contract with Bayern, but I think it’s pointless for them too if they have Manuel and me.”

The clear announcement: Nübel does not want to return to Bayern as number two, but his contract runs until 2025. The meeting with Neppe and Salihamidzic may involve an expansion of the loan business, because Nübel often shows very stable performances at Monaco. Last had the L’Equipe reports that the Monegasques are also interested in further cooperation with Nübel.

A sale of the goalkeeper is probably out of the question for the time being. “FC Bayern is planning long-term with Alexander Nübel because we believe in his quality and want to position ourselves in the goalkeeper position in the future,” Salihamidzic told Sport Bild in the summer.