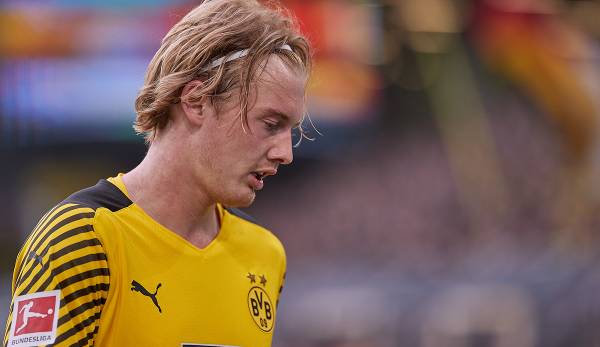 In addition to Nico Schulz, three other stars apparently have no future at Borussia Dortmund. BVB captain Marco Reus warns of a possibly bumpy start to the season. All the important news and rumors about BVB can be found here.

BVB has apparently added three more stars to its strike list. In addition to Nico Schulz are said to be loud sky Manuel Akanji, Thorgan Hazard and Julian Brandt also left the club. Accordingly, all three were informed that they would not play a major role in the planning for the coming season and could leave Borussia if a suitable offer was made.

Speculations about a change from Akanji have been circulating for some time, but so far the 26-year-old defender has not found a new club, in the meantime Inter Milan has been traded as an interested party. In the internal ranking, the newcomers Niklas Süle and Nico Schlotterbeck have displaced the Swiss, whose working paper expires in 2023.

Brandt (26) and Hazard (29) are still under contract in Dortmund until 2024, three years ago they switched to the black and yellow for 25 million euros each. Although the duo received regular playing times last season, they were not able to fully meet expectations. Nevertheless, Brandt has his most successful season in a BVB jersey behind him (nine goals in 40 competitive games), Hazard scored six goals in 30 appearances in all competitions.

BVB, News: Marco Reus warns of a bumpy start to the season for Borussia Dortmund

Almost three weeks before the start of the new Bundesliga season, BVB captain Marco Reus warned of a potentially bumpy start to the season due to the relatively short preparation time and the many newcomers. “It won’t always look optimal at the beginning,” said the 33-year-old after the 5-0 friendly win against SC Verl on Thursday sky.

“It’s all the more important that the results are right and then the game is added afterwards,” continued Reus, who set the route for the training camp in Bad Ragaz that started on Friday: “We know that we don’t have much time, so we have to everything works very, very quickly.”

In the win against Verl, Youssoufa Moukoko drew attention to himself with a brace, but many of the newcomers were not yet used. Süle or attacker Sebastien Haller will probably only be on the pitch in the friendlies in the training camp (July 18 against Valencia and July 22 against Villarreal).

Dortmund’s training camp runs until July 23. The first round of the DFB Cup against 1860 Munich is on the agenda for July 29th, and the new Bundesliga season for Borussia begins on August 6th with a home game against Bayer Leverkusen. Then BVB has to play against Freiburg, Bremen, Hertha and Hoffenheim.

Former national player Michael Ballack does not see BVB as a serious competitor for FC Bayern Munich in the race for the German championship in the coming season. “The relationship between aspiration – becoming champion – and mentality – showing it every week – is not right,” Ballack said table football.

The 45-year-old is also critical of the transfer policy. “They’re more likely to bring in young players who haven’t finished yet, especially in personality development.” You can read the complete news here.