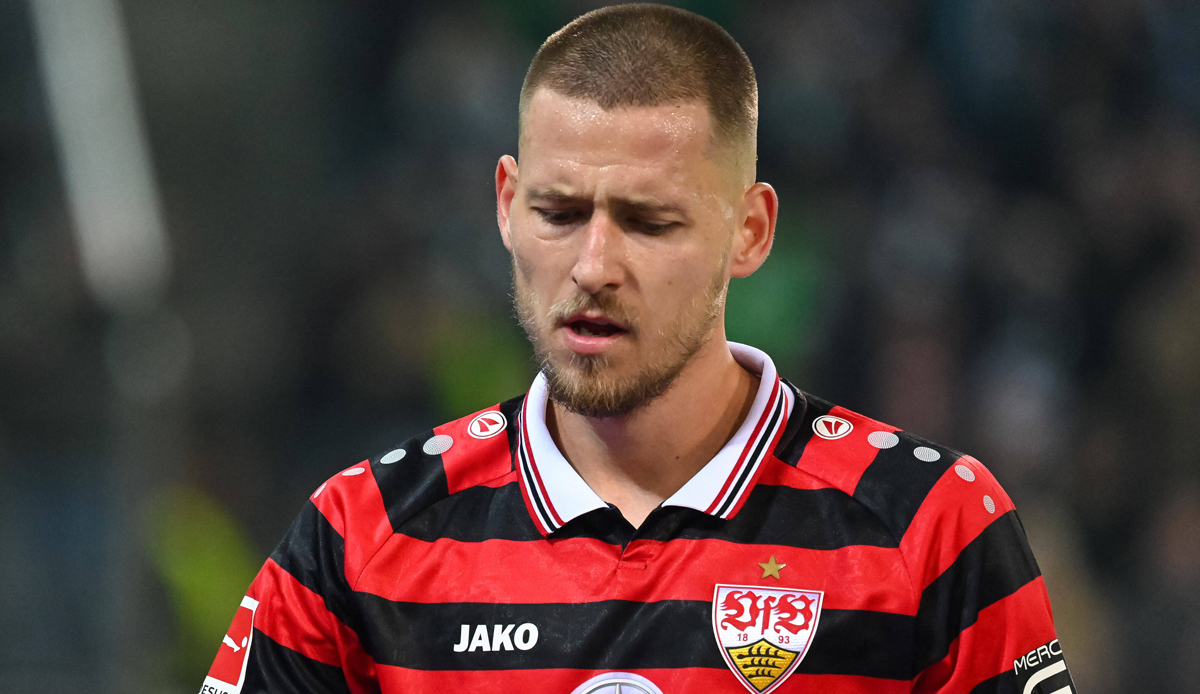 Led by returnee Jonas Hofmann, Borussia Mönchengladbach has ended its mini-crisis. The last injured World Cup candidate came back impressively with a lightning goal in the 3-1 (2-1) win against VfB Stuttgart, after three consecutive defeats Gladbach jumped to seventh place for one night. VfB, on the other hand, is threatened with returning to the Bundesliga relegation zone by Sunday.

“When you win, everything is more fun,” said Gladbach’s Christoph Kramer DAZN: “The early goal made the foot more secure, it’s all in the mind. We’ve been scolded for the past two weeks, and that didn’t leave the team unaffected.”

National player Hofmann (4th), top scorer Marcus Thuram (25th) and Patrick Herrmann (90th + 4) scored for the fifth win in Borussia’s seventh home game. VfB, on the other hand, are still waiting for their first away win in the 2022 calendar year, even under interim coach Michael Wimmer, despite Tiago Tomas’ goal (35’).

Stuttgart’s central defender Waldemar Anton was upset after the game when Gladbach’s Ramy Bensebaini was not sent off. He hit Anton with his hand in the face when the score was 1:0. “It was 100 percent a red card, that’s crazy. I’ve never seen someone give a yellow card for an assault. That was a very clear red card,” he complained DAZN.

“Finally keeping the zero” wanted Gladbach coach Daniel Farke after conceding too many goals recently. His eleven then immediately put the forward gear, the first attack was successful: After a cross from Alassane Plea, Hofmann scored the fastest Gladbach goal of the season so far with a direct acceptance.

Borussia had recently lost twice without the injured Hofmann. Now the 30-year-old immediately returned to the starting XI and recommended himself for a place in the DFB team less than three weeks before the German national team’s first World Cup game. Hofmann was also involved in Plea’s following big chance (15th).

VfB didn’t hide at all and sent a sign of life through Tomas, whose high ball fell on the crossbar (11′). However, the more active team was Borussia, who promptly followed suit. After an outstanding move via Bensebaini and Plea, the ball landed at Thuram, who scored his ninth goal of the season and took the lead in the goalscoring list.

Because Tomas shortened before the break after a nice individual action, the game remained exciting. Gladbach’s substitute goalkeeper Tobias Sippel, who had recently been unlucky several times, had no chance against the low shot placed. VfB now got the upper hand and even pushed for an equalizer until the break.

Even after the change of sides, the Farke team initially invested more in the game, but Stuttgart remained extremely dangerous with their counterattacks. Chris Führich (53rd) had the chance to equalize from a distance in what was now an intense and open game. Because Borussia passed the balls too quickly, VfB even got the upper hand in midfield for long stretches. A header from Wataru Endo (76′) narrowly missed the goal, and a great chance from Serhou Guirassy (83′) thwarted Sippel.

Borussia Mönchengladbach – VfB Stuttgart: The data for the game