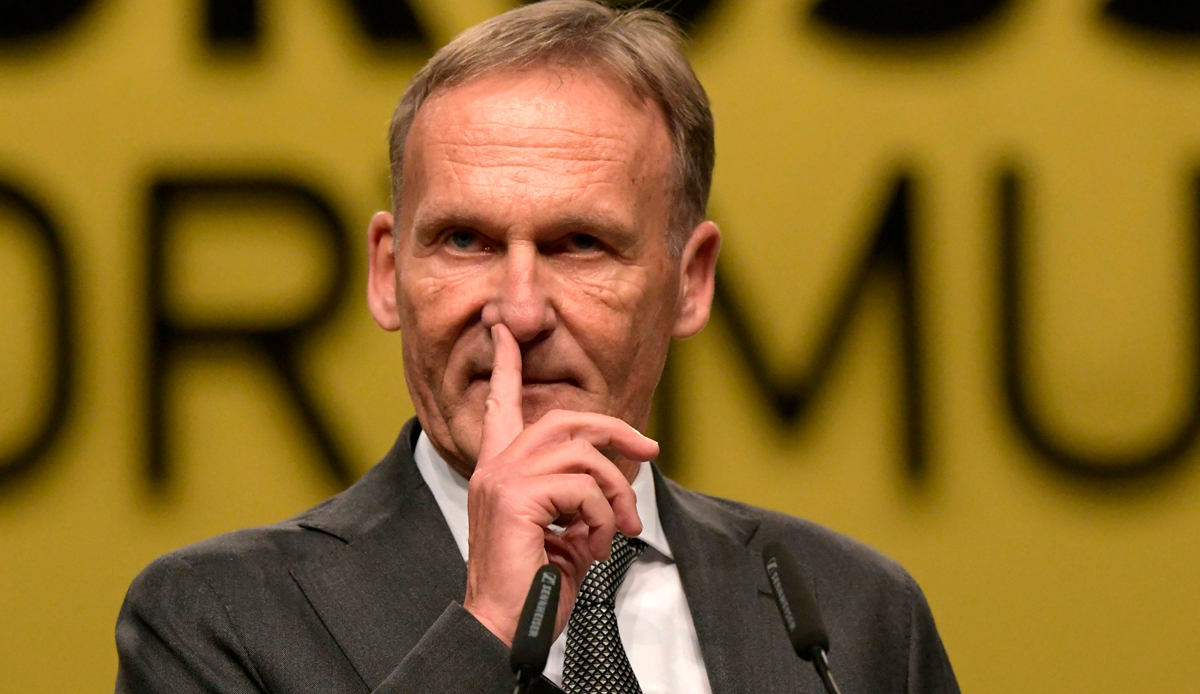 Hans-Joachim Watzke spoke about Bayern Munich’s transfer policy and expressly praised it. For the son of Hasan Salihamidzic there was still a small dig.

BVB received an excellent certificate for its transfer policy, but after the deals by Matthijs de Ligt and Sadio Mane, Bayern made the headlines again. BVB Managing Director Hans-Joachim Watzke also takes off his hat.

“That’s great for the Bundesliga, I say now as Chairman of the DFL Supervisory Board, and I think they did a good job. That’s good for the league,” said Watzke sky.

Even if Bayern boss Oliver Kahn ruled out further mega transfers, Watzke believes that Bayern are not yet finished on the transfer market. “When I read the optimism of Salihamidzic Junior and the like on Twitter, then there is obviously still a lot going on. And I also hear one or two things on the market. I think the topic is not over yet. You can give them credit for that congratulate the transfers directly,” said Watzke with an ironic undertone.

In addition, Watzke spoke about the preparations of Borussia, which after a “very good” first impression had received a sensitive damper from the “tragedy” surrounding Sebastian Haller. “That was a turning point. We don’t have to fool ourselves, you can’t shake it, I couldn’t shake it. The players, who are even closer to him, couldn’t shake it at all. That was a turning point in the game Training camp. But that’s normal, these are people and not machines.”

The fact that “a player who is in training is suddenly diagnosed with a testicular tumor” is “crass: I haven’t experienced that in 18 years either. But what matters is that the boy is healthy again And we’re keeping our fingers crossed – that’s the most important thing. Everything else is just side effects.”

The search for a possible successor should not yet be started and instead the exact diagnosis should be awaited for the newcomer. “We shouldn’t always take the second step before the first. So far there are clear indications, but no exact diagnosis from someone who has deduced the whole process. That will certainly be the case early next week and then we’ll get on with it Throughts.” Nevertheless, it would be “of course negligent and also dishonest not to say that you are collecting a little more ideas, but certainly not more.”