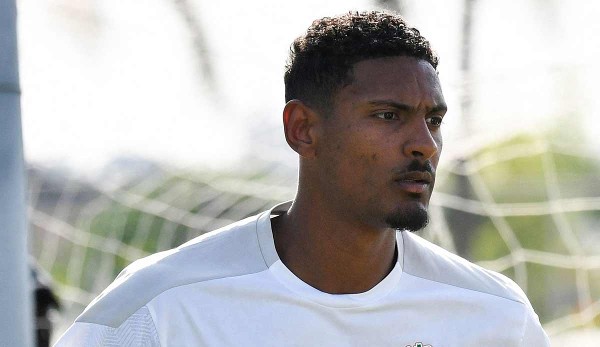 BVB will soon be able to welcome Sébastien Haller back to training. Meanwhile, a return from Jadon Sancho to Borussia Dortmund is probably not an issue. And: The Dortmunders are apparently getting competition in courting Mohammed Kudus. All news and rumors about BVB can be found here.

Sébastien Haller could apparently soon start training again at Borussia Dortmund. That reports the picture. The striker, who is suffering from testicular cancer, underwent a second operation two weeks ago. Apparently he got through this just fine.

According to the report, Haller should start with light ball work as well as running and strength training. The 28-year-old was diagnosed with cancer in July. After an initial operation, Haller had to undergo chemotherapy.

The former Frankfurt player switched from Ajax Amsterdam to Borussia Dortmund in the summer for a reported 31 million euros to replace Erling Haaland, who had switched to ManCity. After his failure there was a big gap. Emergency transfer Anthony Modeste failed to fill them. After his recovery, Haller could save a previously weak BVB season (6th place).

BVB, rumor: Dortmund will probably have competition with Mohammed Kudus

Borussia Dortmund has apparently had prominent competition in courting Mohammed Kudus from Ajax Amsterdam. The English Newspaper TheTelegraph reports that Manchester United are reportedly interested in signing the Ghanaian.

BVB was also recently associated with the midfielder, who scored two goals in three group games at the World Cup in Qatar. The market value of the 22-year-old is estimated at 15 million euros.

BVB, rumor: Jadon Sancho’s return is said to be not an issue

At Manchester United, Jadon Sancho only plays a minor role. A return to his former club Borussia Dortmund is apparently not a way out for the offensive player. That reports sky. Accordingly, there are no talks with the Red Devils regarding a possible transfer.

Sancho switched from BVB to Manchester United for 85 million in the summer of 2021, but is currently in a form crisis.

After not traveling with the team to a training camp during the World Cup in Spain, the 22-year-old has been working privately in Holland on the advice of coach Erik ten Hag. In addition to fitness problems, there are apparently also psychological problems.

For now, he will continue to work in the Netherlands on his return to Manchester.