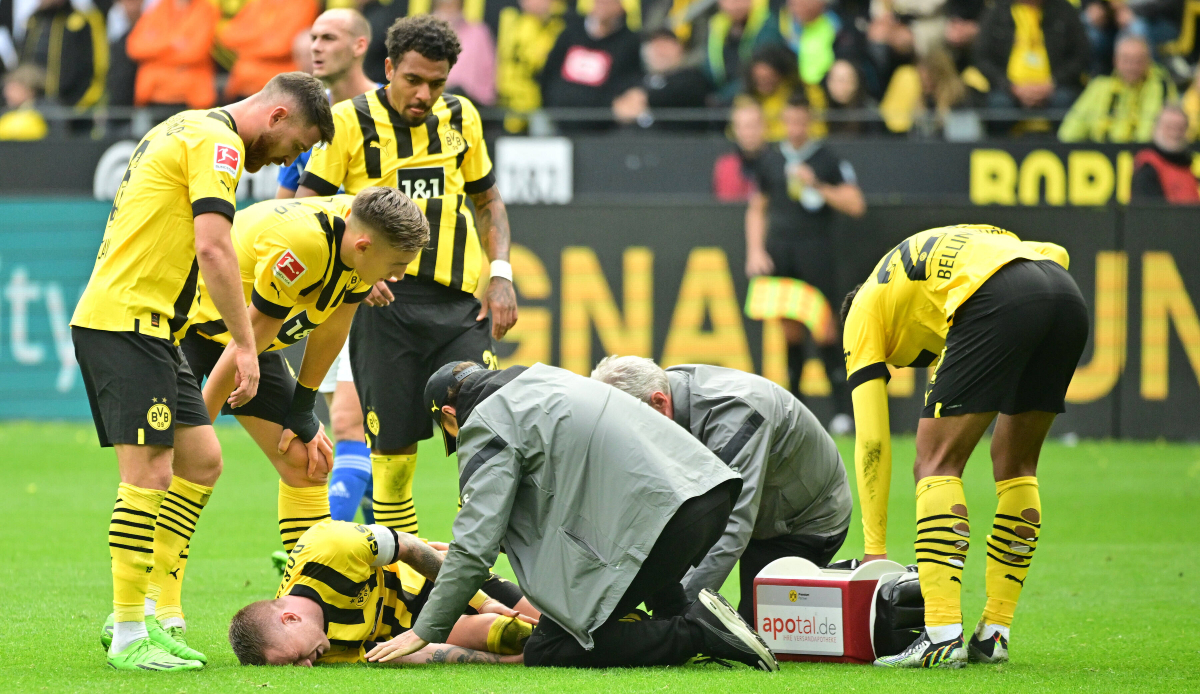 After the injuries to Marco Reus and Salih Özcan, the hospital at BVB has continued to fill up. But two successful operations and two returnees give hope. Julian Brandt talks about his World Cup chances. Here you can find all the news and rumors about Borussia Dortmund.

BVB, News: This is the status of the injured

The international break comes in handy for Borussia Dortmund. The list of injured people has recently become longer again. Salih Özcan, for example, had to withdraw from the international matches with Turkey because of bone edema in his foot. It is unclear how long he will be out. However, the midfielder is likely to miss at least the game against his former club Köln on October 1.

His injury can be very complicated and needs to be checked regularly. It had already cost him valuable time during preparation. As the Ruhr news report, Özcan should first rest his foot for a few days. Loading too early could result in a fatigue fracture.

As the local newspaper reports, Mahmoud Dahoud and Jamie Bynoe-Gittens each underwent successful surgery on their injured shoulders. However, a deployment before the World Cup in Qatar would not be an option.

On the other hand, there is good news from Raphaël Guerreiro. The left-back sustained a minor muscle injury ahead of the derby but is expected to be back on the pitch next week. Gregor Kobel is also expected back. The goalkeeper has probably recovered from his muscle fiber tear and could be in goal for the away game in Cologne if the next training sessions go well.

Marco Reus is also currently on BVB’s injury list. The captain suffered a ligament injury against Schalke 04, which will keep him out of action for three to four weeks. Edin Terzic will therefore continue to have to make compromises in the coming games.

During the international break, Julian Brandt wants to recommend himself for the World Cup in Qatar. “I’ve made it my goal to present my best image and work out playing time,” said the BVB midfielder table football quoted: “When you’re about to play such an important tournament, you should seize the opportunity.”

In the Nations League, Germany meets Hungary and England. Brandt was recently able to play his way back into the starting XI at Borussia Dortmund. The 26-year-old has made 38 appearances and scored three goals for Germany.