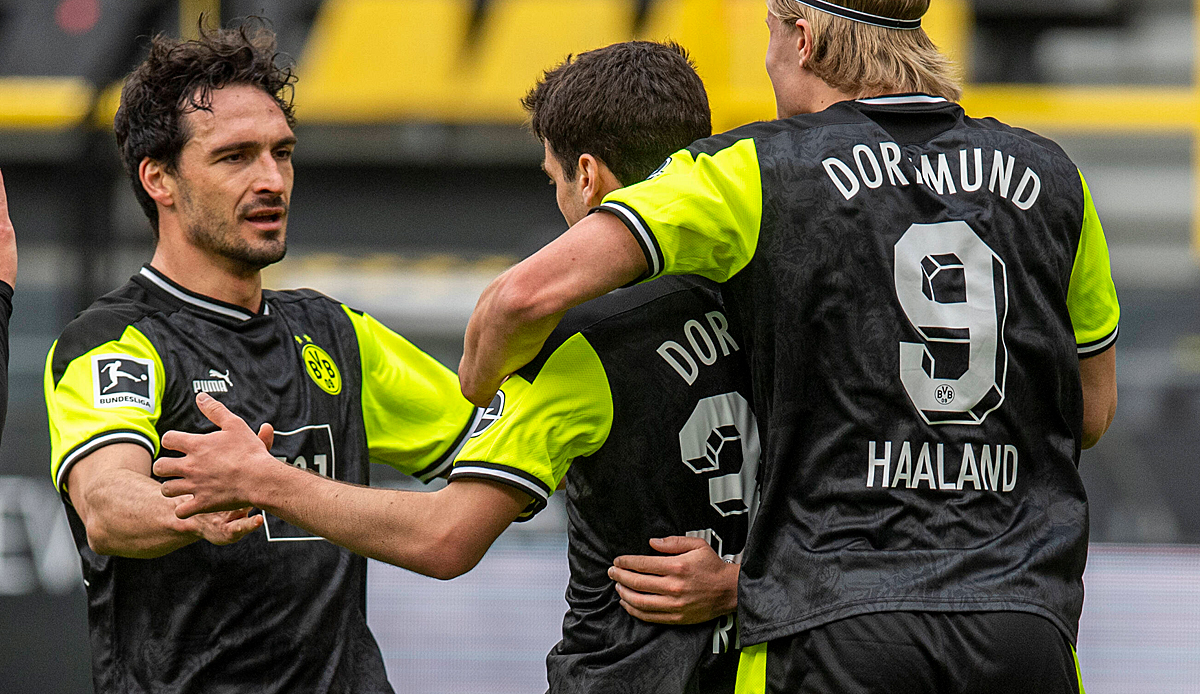 BVB will play in a special jersey in the top game against RB Leipzig on Saturday evening. The club announced this on Thursday via Twitter.

As a “token of gratitude” to the fans, the names of all 987 of Dortmund’s official fan clubs will adorn the jersey of the black and yellow on Saturday against RB (from 6.30 p.m. in the live ticker).

The occasion is the return of the fans to the Bundesliga stadiums. The Westfalenstadion will be at full capacity again for the first time since the beginning of the coronavirus pandemic and for more than 750 days. For coach Marco Rose, the fans are even “the most important person”.

“The fact that everyone can come back, that we have a full house, that the ultras are returning – we’re really looking forward to it,” he said on Thursday at the press conference before the top game. “Our captain Marco Reus has been walking through the dressing room with an enchanted smile for days. We can look forward to a great atmosphere and want to use that to our advantage.”

With a win against Leipzig and a simultaneous loss of FC Bayern Munich against SC Freiburg, BVB could make the championship exciting again before the start of the last few weeks of the game and jump within three points of the record champions. The direct duel will take place on April 23 in Munich’s Allianz Arena.

BVB striker Erling Haaland is unlikely to be there on Saturday. An assignment is “very questionable, to be honest,” said Rose: “He twisted completely once, his foot is swollen, thick and blue.” Haaland was repeatedly fouled in a friendly with Norway’s national team against Armenia.