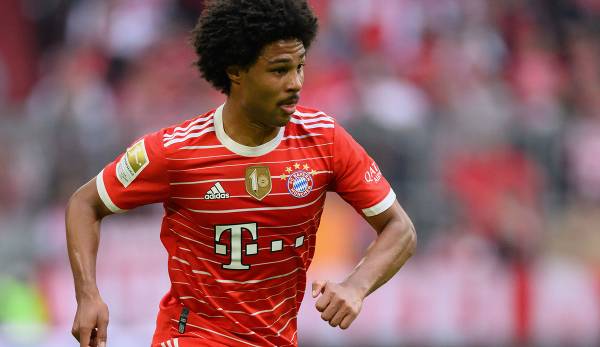 The change in the consulting agency of a controversial Bayern star apparently has nothing to do with a change. In the course of the discussions about Matthijs de Ligt, Lothar Matthäus cannot resist several points against FCB. Robert Lewandowski arrived in Munich shortly before the planned start of training. Here you can find news and rumors about Munich.

More news about the German record champions from the previous day can be found here.

Bayern’s defender Dayot Upamecano recently caused a stir by changing his consulting agency and fueled rumors of a possible departure from Munich. As sky now reported, the step has nothing to do with a change of club.

Advisor Raquel Rosa, who takes care of the Frenchman’s affairs, previously worked for Volker Struth’s agency 360. Now she is joining the agency Unique Sports, which also looks after Matthias Ginter and Kevin Volland, among others. Upamecano remains loyal to Rosa and consequently also changes agencies.

Upamecano, who moved from Leipzig to Munich before last season, has had a mixed season and occasionally proved to be an element of uncertainty. He still played 38 games across all competitions. Noisy table football there is no “concrete farewell scenario” from the club side. To what extent this could change with a commitment from Matthijs de Ligt, however, seems to be open. Upamecano has been linked with a move to the Premier League, among other things.

Lothar Matthäus has in his skycolumn again criticized the actions of FC Bayern and particularly omitted the cause of Robert Lewandowski. “Many mistakes were made on both sides in this case,” said the record international. He wishes for the club and also for this player “that all parties find a solution that they can live with in the end”.

Matthäus even accuses FC Bayern of a double standard: “Bayern have gratefully accepted that both Mane and now de Ligt have at least deposited internally with their club that they want to go to Bayern and that the clubs may find a solution.” Lewandowski did the same and even publicly acknowledged FC Barcelona. Matthäus: “It’s okay to lure other players to Munich under similar conditions, but obviously not to fulfill your own wishes. I think that’s a shame.”

In addition, Matthäus spoke out clearly in favor of Matthijs de Ligt signing up to solve the problems in defense – and provided this wish with a small tip: “De Ligt organized the defense at Ajax Amsterdam at a very young age and would be outstanding “A really big reinforcement for Bayern’s defence. Bayern would have spent almost a quarter of a billion on four defenders for Hernandez, Upamecano, Pavard and De Ligt. In other words: you could have gotten three van Dijks for that money.” Matthäus wondered “where FC Bayern suddenly found these great financial opportunities”.

In terms of sport, however, there are “no doubts at all. In my eyes, he couldn’t shine so much at Juventus, but that’s less due to his qualities than to the philosophy of the Italians. Here they rely more on older, experienced players and football isn’t either so offensive and attractive. I think he would be a perfect fit for FC Bayern.”

One day before the planned start of training on Tuesday, Robert Lewandowski returned to Munich. Like photos of picture show, the Pole landed shortly after 9 p.m. with a private plane at the VIP terminal of Munich Airport. He had previously spent his holidays with his family in Mallorca, Ibiza and Sicily.

However, the player who was willing to change could not be elicited more than the words “I’m fine”. On Tuesday, together with Manuel Neuer, Leroy Sane, Lucas Hernandez and Benjamin Pavard, he should start the preparation as the last group of players picture-Information indicates that Lewandowski will not go on strike and will start training with his colleagues.

In the past few weeks, the top scorer has made it clear several times that his time at Bayern Munich is over and that he cannot imagine working together again. Instead, he chose FC Barcelona as his new dream club. As the picture reported, the players and coach Julan Nagelsmann are therefore unsure how to deal with Lewandowski. With most colleagues, the tendency is clearly that the time together is over.

In courting Raphinha, Chelsea will probably have to give way to FC Barcelona, ​​which is why the Blues are loud telegraph Serge Gnabry from FC Bayern selected as an alternative for their offensive.

The 26-year-old only has one year left on his contract with Bayern. Since Gnabry does not want to extend his contract prematurely at the moment, a sale cannot be ruled out. According to media reports, the record champions want 40 million euros for Gnabry if an extension cannot be agreed.