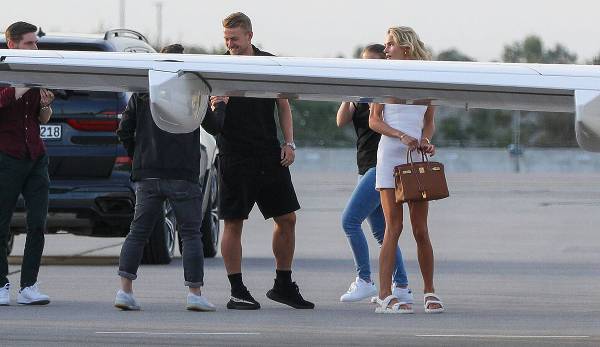 At FC Bayern, after Robert Lewandowski, another striker is said to be leaving the club. The Munich-based company is probably planning to sell Joshua Zirkzee. Matthijs de Ligt has landed in Munich and Lothar Matthäus expects a pep system at FCB. All news and rumors about FCB at a glance.

FC Bayern, rumours: Joshua Zirkzee is to be sold

FC Bayern is missing a real striker after the sale of Robert Lewandowski – except for Joshua Zirkzee, who is back in the Munich squad after his loan from RSC Anderlecht. The Dutchman will probably not stay there for long.

As reported by Sky, those responsible at FC Bayern want to sell it in the next one to two weeks. Accordingly, the 21-year-old attacker is to be sold for a sum of between ten and 15 million euros – including a buyback option if one day the development is so far that you change your mind again.

But who can pay the sum? Zirkzee is apparently too expensive for many Bundesliga clubs because the salary is 2.5 million euros. Sky reports: Ajax Amsterdam and PSV Eindhoven as well as clubs from England and Italy have asked the Dutchman’s management.

The clan around Joshua Zirkzee: All roads lead to Germany

While Zirkzee is about to leave, Victor Osimhen is apparently not a new addition. The SSC Napoli striker has been tipped as a possible successor to Robert Lewandowski, but the Munich bosses have not called the Italian giants.

Napoli’s sporting director Cristiano Giuntoli confirmed that there had been inquiries from various clubs, but not from Munich: “We didn’t receive an offer from Bayern Munich for Victor Osimhen,” said Giuntoli.

The striker topic at Bayern remains hot, of course – and Bayern legend Lothar Matthäus has also thought about how Bayern will work without Robert Lewandowski and he expects a system that ex-FCB coach Pep Guardiola has had at Manchester City in recent years let play.

Matthäus wrote in his Sky column: “I’m curious to see how Julian Nagelsmann will play in the new season if no real number nine is signed after Lewandowski’s departure. I think it will be very similar to Manchester City’s system in recent years . With three offensive games in the front row without a traditional centre-forward. Very variable, incredibly difficult to calculate and with the responsibility being shared when it comes to scoring goals.”

Matthäus lists: “Leroy Sane, Serge Gnabry, Thomas Müller, Kingsley Coman and Sadio Mane. Fast, technically adept and strong in the end. That can also be very spectacular and end with many opponents conceding a lot of goals.”

There is currently a lot of FC Bayern activity at Munich Airport. The FCB entourage flew to the USA for a training camp yesterday, and FCB new signing Matthijs de Ligt landed in Munich that same evening. At 7.45 p.m. the defender arrived in a private jet. At his side girlfriend Annekee Molenaar.

Sports director Hasan Salihamidzic, Marco Neppe and Bavaria’s integration officer Johannes Mösmang, none of whom flew to Washington, received the couple. But De Ligt should not stay long – on Tuesday it should go to the USA to the team.