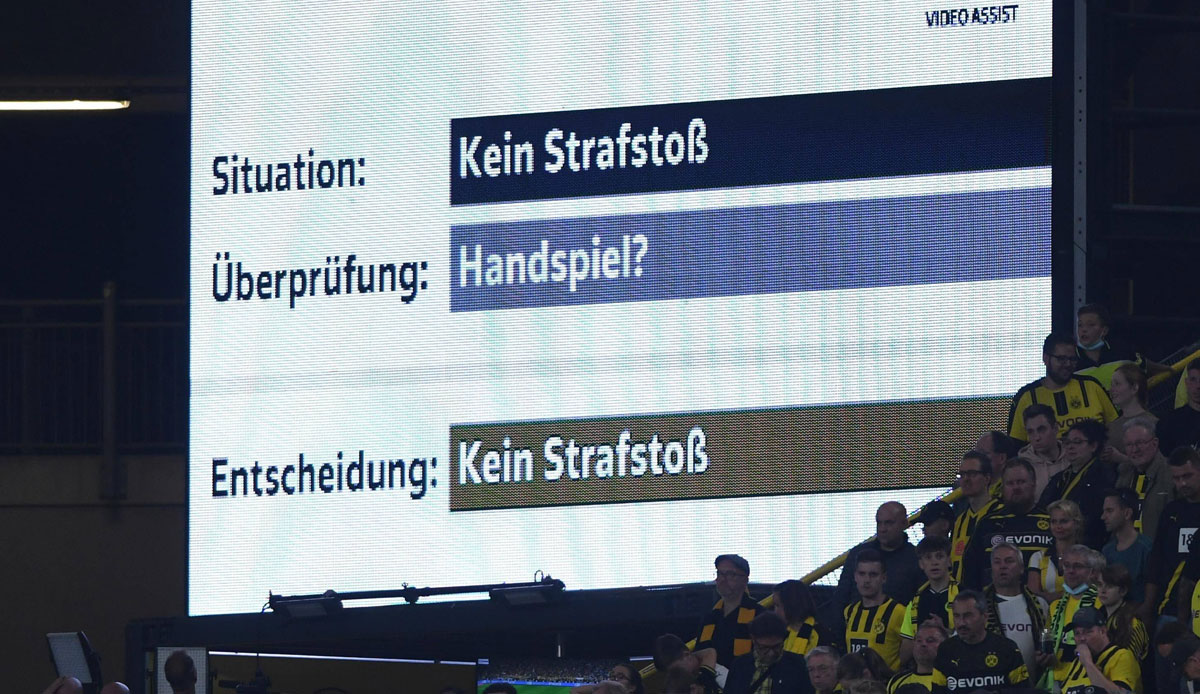 The DFB has admitted four wrong decisions by its referees in the past two Bundesliga matchdays in connection with handballs.

“We have analyzed the situations and will discuss the results again with the referees before the next matchday,” said Peter Sippel, Sporting Director of the Bundesliga: “The aim must remain to achieve the most uniform possible interpretation of the rules so that clubs, fans and above all, to be predictable for players.”

The matches between Borussia Dortmund and TSG Hoffenheim, Werder Bremen against FC Augsburg, Hertha BSC against Bayer Leverkusen and 1. FC Köln against Union Berlin were affected.

For Lutz Michael Fröhlich, the managing director of sport and communication at DFB Schiri GmbH, it is important “that there is clarity about the decisions made, taking into account the opinions of referees and also the expertise of football experts. Because clarity and an open approach, for example as here with wrong decisions, are elementary for the acceptance of referee decisions.”