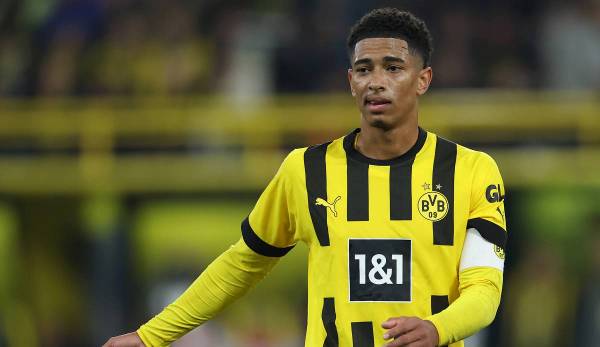 Borussia Dortmund is apparently planning talks with Mats Hummels about a contract extension. Edin Terzic, meanwhile, has praised Jude Bellingham to the skies. News and rumors about the black and yellow are here.

All other important news about BVB from the previous day can be found here.

Mats Hummels’ contract with Borussia Dortmund expires at the end of the season, according to the picture The first talks about expanding the cooperation should take place in winter, but at the latest after the World Cup in Qatar. A one-year contract with the option of another season should be conceivable.

At Borussia, the 33-year-old is still a valued member of the team. The management of BVB around Hans-Joachim Watzke should also appreciate that the central defender speaks plainly and does not mince his words when the performance is not right.

The central defender addressed the team’s poor performance after the 1-1 draw against FC Sevilla on Tuesday, but his coach Edin Terzic was also understanding of Hummels’ statements. “In the past it was said: We are too nice to each other, but as soon as we say something, you only hear: This is angry speech. It was important to me that he used the word ‘we’. He did that,” explained the coach.

BVB legends from A to Z: What does a fan shop employee do there?

BVB, News: Terzic with a lot of praise for Bellingham

Jude Bellingham has played every competitive game for BVB so far this season and impressed with strong performances. Before BVB’s game against Union Berlin on Sunday, BVB coach Terzic praised him in the highest tones.

“It’s extraordinary that a 19-year-old plays like that,” said the BVB coach. “I think he’s performing at a very consistent level this season. We also discussed it last week that it was about finding a bit of balance and not playing your own game. I think that has been the case he’s improved significantly, but we have to remind him more often that it stays that way.”

Nevertheless, Terzic still sees room for improvement with the Englishman: “He scored a lot of goals for us, especially in the Champions League, but not yet in the Bundesliga. He left a few things behind.” Bellingham missed a few more chances against Hertha BSC, but this time he should “do it a little better in Berlin,” added his coach with a wink.

BVB, News: Facts about the game against Union Berlin

In Sunday’s game against Union Berlin, BVB meets the top of the table. Dortmund should better score the first goal if you want to be victorious in the end.

The background is that so far in all eight competitive games between the Berliners and the black and yellow team, the team that was able to take a 1-0 lead has won the pitch.

Alongside FC Bayern and Eintracht Frankfurt, Dortmund is the only team in the Bundesliga that has lost against Union Berlin four times.