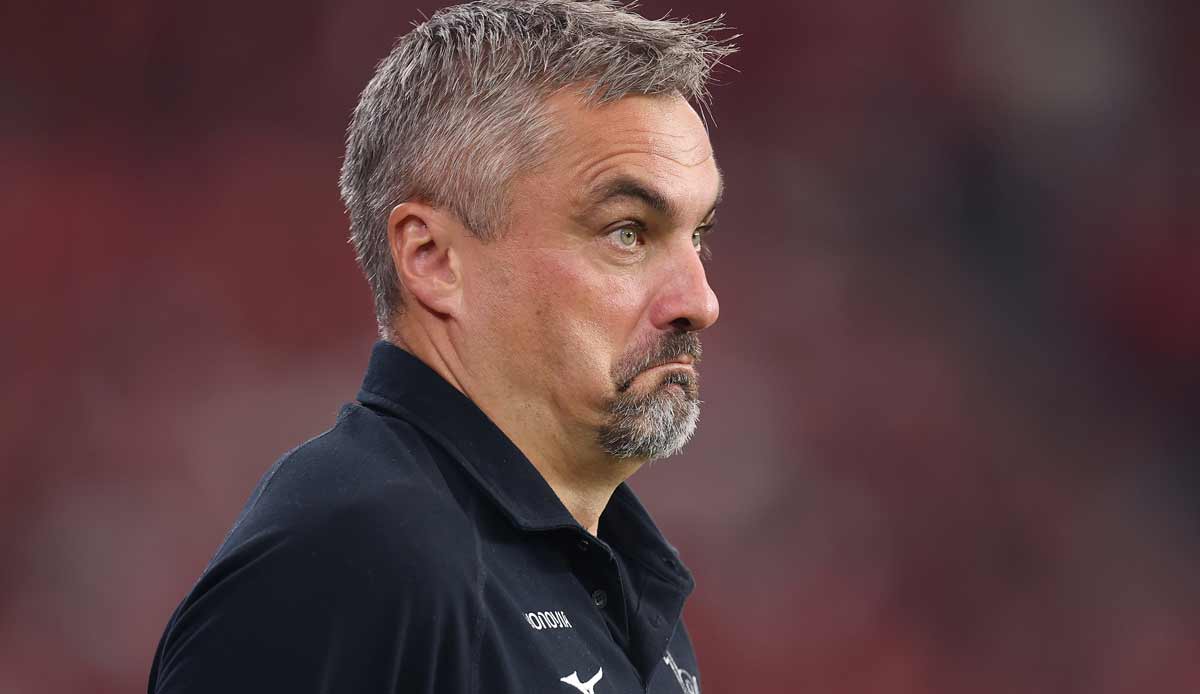 The Ruhrpott idyll “anne Castroper” is gone: There is great unrest at Bundesliga bottom VfL Bochum – and coach Thomas Reis is “absolutely annoyed” after the fuss about his person.

He is said to have negotiated with the neighbors Schalke 04, the departure of the successful coach is only a matter of time. “No,” Reis said on Thursday, “I’ve always respected my contracts.” He is coach of VfL and will be “for a while”.

The excitement about the coach, who led Bochum to promotion in 2021 and relegation in 2022, comes at an inopportune time. After four defeats, VfL is bottom of the table with zero points, the team, which has been turned inside out again primarily for economic reasons, has not yet found itself, Sebastian Schindzielorz, the father of success alongside Reis, said goodbye, the often-vaunted cohesion is crumbling. For the new head of sport Patrick Fabian, who has officially been in office since Thursday, it is therefore: “It is essential to have a calm environment.”

the picture-Zeitung had reported that Reis had asked for release from his contract, which ran until 2023, in the summer in order to be able to switch to newly promoted Schalke. Bochum has postponed the long-awaited extension of the contract with the 48-year-old until the winter. Club boss Hans-Peter Villis also did not want to confirm contacts with Schalke: “There were always many rumours, but these are internals that remain internals.” Villis emphasized that they wanted to continue working with Reis, “that’s still the case today. We have confidence in Thomas Reis.”

However, those responsible did not want to give their coach a clear job guarantee for the next few weeks. “First of all, it’s the desire to get results,” said Fabian: “I’m not here to make ultimatums or give guarantees.” With a view to the games on Saturday (3.30 p.m. in the live ticker) against Werder Bremen and a week later at Schalke 04, Villis emphasized: “There is no linkage: If he loses the next two games, then he goes.”

Reis knows: “Of course, as a coach, you are measured by your results.” He now wants to concentrate fully on the Bremen game in order to get “our first three points”, “I’m not really interested in what happens after that at the moment.” But it works in him. He takes the reports “very personally”. Above all, the impression that he wanted to change for financial reasons annoyed him “extremely”. Because: “My person is put in a light that I don’t deserve.” And then he added – explicitly in the subjunctive: “If it had been like that, how long would it have been now?”