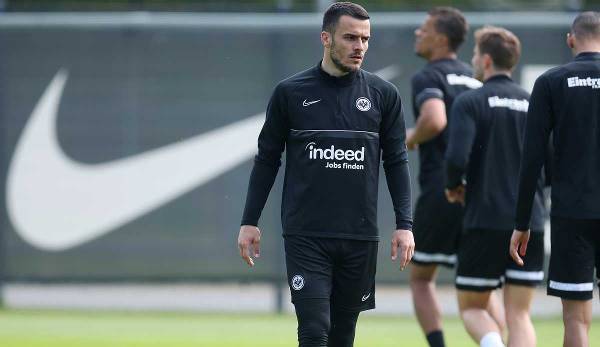 Like the rest of the league, Eintracht Frankfurt is currently still on break, but the preparation phase is imminent. Dates, test matches, start of training – here you will find the most important information about the summer timetable of Hesse.

The 18 Bundesliga clubs are still enjoying their break, but it won’t be long before preparations for the upcoming 2022/23 season start – some earlier, some later. One of these 18 Bundesliga teams is Eintracht Frankfurt. Although the Hessians only finished eleventh in the past Bundesliga season, the season can only be considered a complete success because of the Europa League victory. Because of the Europa League triumph, the SGE has a place in the Champions League group stage. In order to be able to deliver in this upcoming and exhausting season, good preparation is of great importance.

When does this start? Dates, test games, start of training – the following shows you SPOX the Frankfurt summer timetable.

Preparations will start on June 27, 2022, so there are only ten days left until the players start training again. However, the entire squad will not be there yet, because the national players will only officially start training on July 4th and will therefore miss the first test match, which took place on July 2nd in the Nieder-Weisel district of Butzbach against SV Nieder -Weisel from the Kreisoberliga Friedberg goes. The game kicks off at 2:30 p.m. The test match is part of the “Eintracht in der Region” campaign, which also includes the encounter with SV Viktoria Aschaffenburg on July 5th.

Not long after that, the training camp starts. For coach Oliver Glasner’s team, this begins on July 9th in Windischgarsten, Austria, and lasts until July 16th. On the first day in Upper Austria there is an exciting duel with the Austrian first division club Linzer ASK, who have a disappointing championship behind them. A few test games that are not yet official will most likely be added.

On August 1st, the competitive season finally begins for the SGE, in the first round of the DFB Cup against the second division promoted 1. FC Magdeburg. The Frankfurters want to prevent a first-round exit like last year (back then against SV Waldhof Mannheim).

On August 5, Eintracht will also open the new Bundesliga season 2022/23 in their own Deutsche Bank Park with a cracker against the reigning champions FC Bayern Munich.

Another spectacle noted in the calendar takes place on August 10th. As part of the UEFA Super Cup, the Europa League winners from Hesse meet the Champions League winners Real Madrid. The game will be played at the Olympic Stadium in Helsinki, Finland.

Eintracht Frankfurt: Overview of the most important dates