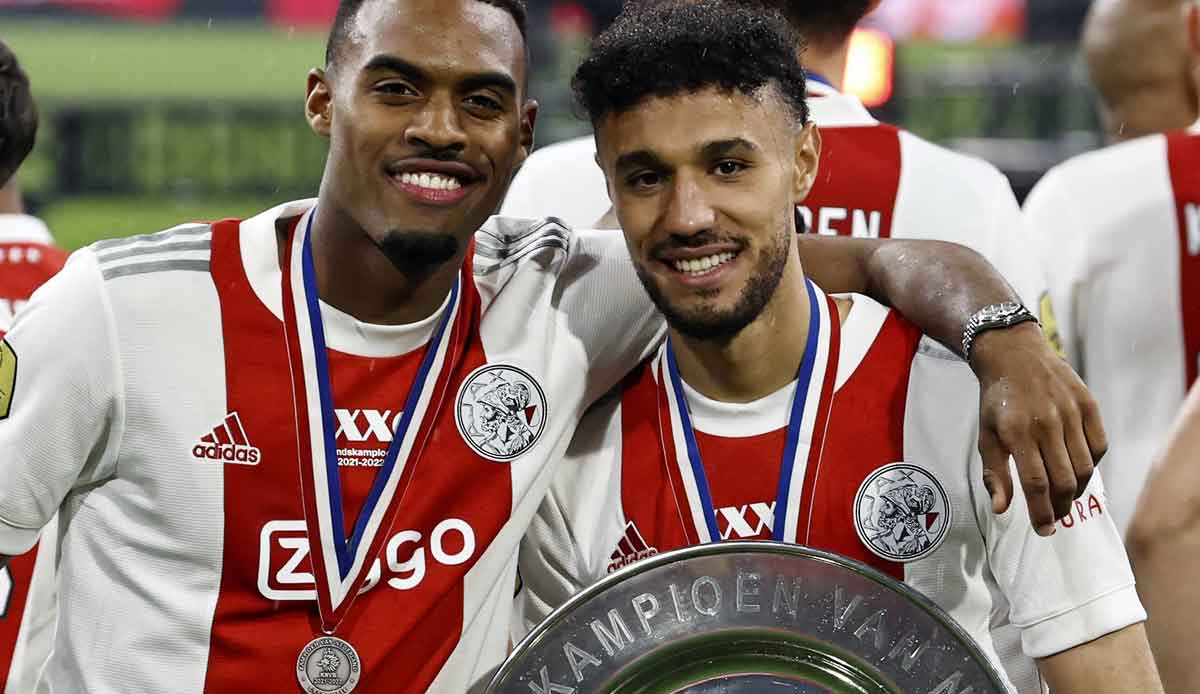 An unusual full-back and an unremarkable midfielder: In conversation with SPOX and GOAL, Netherlands expert Frank Wormuth assesses the new signings of FC Bayern Munich Noussair Mazraoui (24) and Ryan Gravenberch (20).

Frank Wormuth worked for years as a coach-instructor for the DFB before moving to the Dutch Eredivisie in 2018. After four years at Heracles Almelo, he will take over as coach at FC Groningen this summer. He knows the two newcomers to FC Bayern Munich from a number of duels with Ajax Amsterdam.

Mazraoui is “technically excellent” and has “very good speed”, as Wormuth explains: “He’s not a bulky package, rather a bit stocky and narrow.” At a height of 1.83 meters, the right-back weighs just 72 kilograms.

According to Wormuth, Mazraoui’s unusual offensive behavior is striking: “He always has the desire to go through midfield into the box. This sets him apart from the classic German full-backs, who usually run behind and then hit crosses.” In 136 competitive games for Ajax, Mazraoui scored ten goals and nine assists.

At FC Bayern, regular left-back Alphonso Davies prefers to stay on the flanks when making advances, giving the man in front of him – mostly Leroy Sane last season – the opportunity to move into the middle. The nominal central defender Niklas Süle used a pattern similar to Mazraoui’s at FC Bayern when playing on the right. Benjamin Pavard and Josip Stanisic meanwhile hardly set any offensive accents.

Interview with Frank Wormuth: “I was just waiting to be able to help Nagelsmann”

Wormuth on Gravenberch: “Not noticeable in the game”

Just like Mazraoui, according to Wormuth, “the Ajax school is clearly recognizable in Gravenberch”. Both players joined the club’s academy at a very young age. Mazraoui at the age of seven, Gravenberch at the age of eight. In the past championship season, both had their regular place in the pros, as long as they were not slowed down by injuries.

While Mazraoui always played at right-back, Gravenberch played on the six and eight. “Although he is the type of inconspicuous worker, he can also play football very well,” says Wormuth. “Because he rarely goes all the way up and doesn’t score spectacular goals, he tends to be less noticeable in the game.” Gravenberch scored 12 goals and 13 assists in 102 competitive games.

He has great strengths in a direct duel. “He’s strong in tackles and uses his body well against the ball,” says Wormuth. In his previous games in the Eredivisie, he has a tackle rate of 54.95 percent.

While Mazraoui moved to Munich on a free transfer, FC Bayern paid 18.5 million euros for Gravenberch.