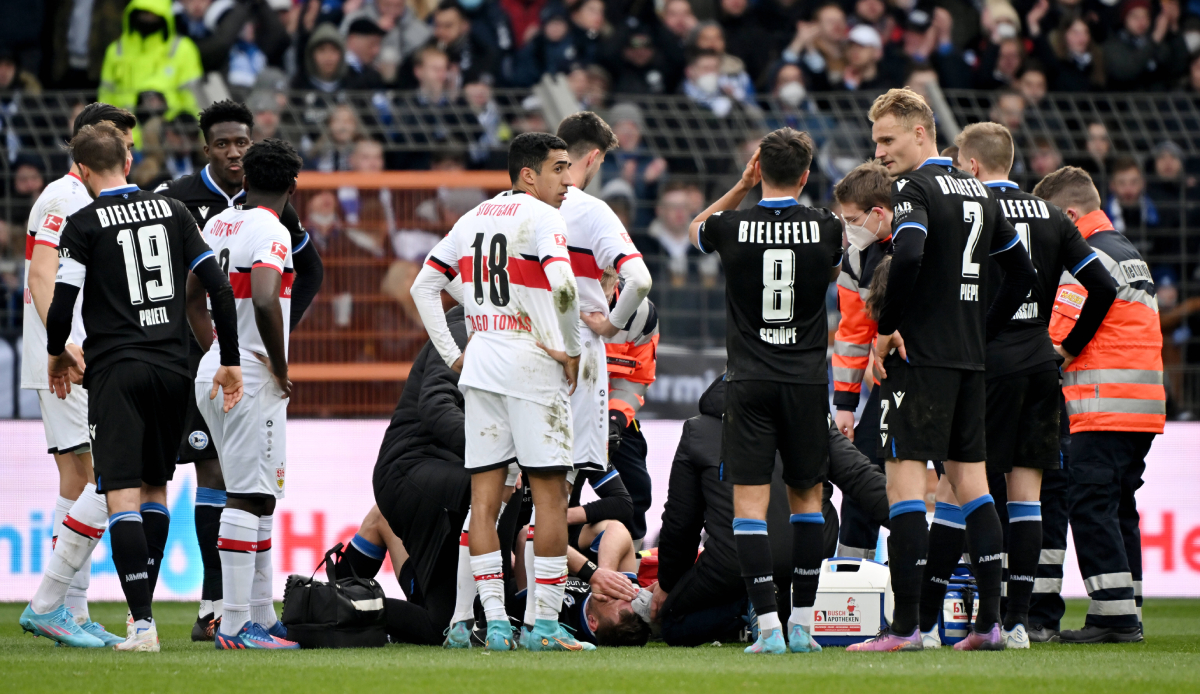 Attacker Fabian Klos from Arminia Bielefeld has had a successful operation after his serious head injury. As the club announced on Tuesday, the procedure went without complications, and the 34-year-old is fully conscious.

Klos, who will leave the club in the summer after eleven years, suffered a serious head injury in an unfortunate collision with his team-mate Alessandro Schöpf in the home game against VfB Stuttgart (1-1) on Saturday and is therefore “temporarily” out. The East Westphalians had not announced an exact diagnosis.