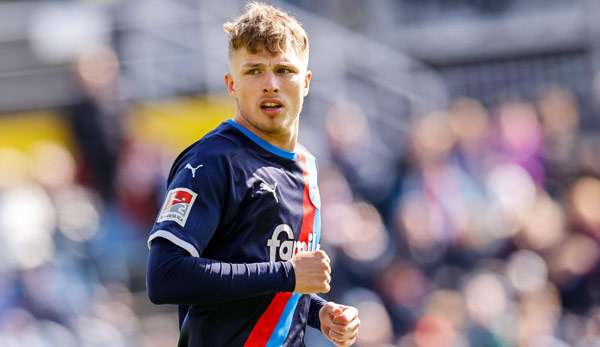 FC Bayern Munich and Jann-Fiete Arp have apparently agreed to terminate his contract. The attacker waives a sum of millions. That reports the picture on Thursday.

Accordingly, Bayern pay the previously hyped Sturmjuwel a severance payment of three million euros for the termination of the contract. The background: Like them picture reported, Arp only had a contract with the German record champions until 2023 and not until 2024 as previously assumed.

For the last year of the contract, Arp would have been granted a salary of four million euros plus bonus payments. According to the report, Arp is now waiving one million euros in salary. Second division club Kiel, where Arp recently even started training due to a special permit, does not pay any transfer fee.

In the summer of 2019, Bayern transferred an impressive three million euros to HSV for Arp. At the time, Arp held the status of a German striker of the future, but was never able to live up to it due to numerous injuries.

As a result, he was only used once for the Bayern pros (13 minutes in the DFB Cup). Arp mainly played in the reserve and should develop there. In 41 games for the second team, he had eight goals and three assists. Last summer he was loaned out to Holstein Kiel to gain match practice at a higher professional level.

HSV suffered in hindsight. It should be loud during the transfer picture have given an agreement according to which Hamburg would have received two million euros in bonuses as soon as Arp had played his 100th game for Bayern. In the end, he never played for FCB in the German Oberhaus.

However, Bayern should benefit from a possible resale of Arps: Loud picture if Bayern got 35 percent of a possible transfer fee, the North Germans should sell the 22-year-old.

Arp had already spoken openly about his difficulties after moving to the German industry leader at the end of last year. “I had no self-confidence, no match practice, no continuity, wasn’t mentally strong enough. It crushed me at some point,” he said in one 11friends-Interview.

In retrospect, he could not say whether he would take the step again. “Despite everything, I’m happy about it because the club made things possible for me that many other players are denied. In this respect: I don’t regret the change.”