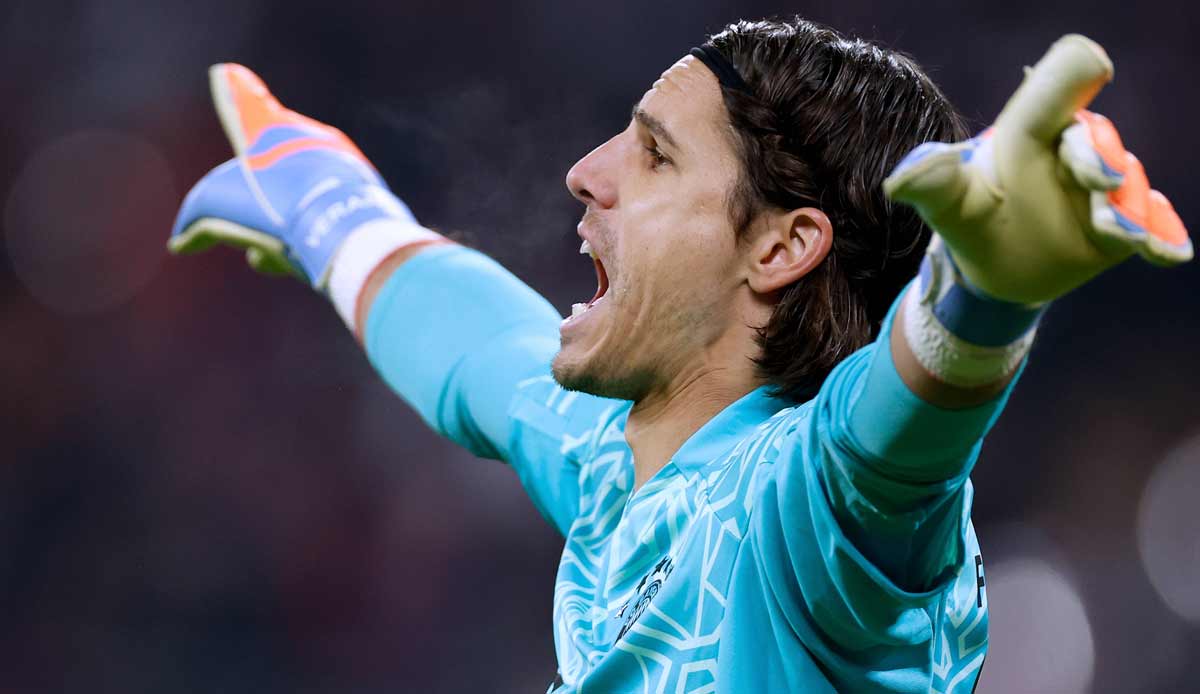 With Yann Sommer, FC Bayern Munich has not only signed a keeper, but also an enthusiastic musician. The 34-year-old joins an illustrious circle.

According to his own information, Yann Sommer attended a bongo course at the age of six, and later learned to play the guitar and piano. “At some point I thought: see if you have a voice that’s suitable for singing. And I realized: there’s a lot that can be done,” Sommer told the Swiss in 2017 Tages-Anzeiger. “I learned to read music and now I’m starting to write lyrics and compose songs myself.”

So far, Sommer has not given a song to the public, but his wife Alina has. “Some of my friends are professional musicians and I composed a song for my wife with one of these buddies for her 30th birthday,” he said recently. “Finding melodies and guitar riffs, but also writing the right lyrics: I really enjoy learning that.”

Will the 34-year-old keeper show off his singing skills on the town hall balcony at Marienplatz if he wins the title with FC Bayern? He certainly wouldn’t be the first. A (hopefully incomplete) selection of FC Bayern players who sang, played music or at least tried to.

As in almost every respect, the shining light of German football was of course also a pioneer in the music industry: in 1966, at the age of just 20, Franz Beckenbauer released the single “GuteFreunde kann kein Separate” and made it to number 31 in the charts Shouldn’t be Beckenbauer’s last song, for example “1:0 Für Deine Liebe” followed a little later.

Of course, what the libero can do, the goalscorer can do as well: three years after Beckenbauer’s first single, Gerd Müller followed suit. In keeping with his football specialty, his musical revelation was called “Then it booms,” the title is embedded in the line of the song: “Then it booms, then there’s a goal. And then everyone shouts: Müller forward!”

Jean-Marie Pfaff likes to be in the public eye, as evidenced by a 267-episode Belgian docu-soap called “De Pfaffs”. After his arrival in Munich in 1982, however, the keeper first stood behind a microphone instead of in front of a camera. The song “Now I’m a Bavarian” consists of a refrain that is repeated as many times as you can bear: “I was a Belgian and now I’m a Bavarian, I drink beer and eat meat loaf with eggs. And everyone On Saturday I’m happy in my goal and no striker can fool Jean-Marie.” And from the front. The refrain repetitions are only interrupted by small interview snippets. When asked about the secret of his success with penalties, Pfaff replies, for example: “Drink a lot of beer and eat meat loaf.”

Admittedly, Roque Santa Cruz’s contribution to the song “Ich, Roque” by Sportfreunde Stiller in 2004 was not great. In fact, that’s it: the title that the long-haired striker from Paraguay speaks more than sings as a refrain. I Roque Santa Cruz continued his music career six years later at Manchester City when he sang “Let Your Love Shine” with Dutch singer Beate Alexandra. Most of his colleagues would like the song, he revealed in an interview with SPOX and GOAL: “Even if there are always those who make fun of something like that, the worst is Carlos Tevez.”

In the same year that Santa Cruz’s musical career began with two words, his colleague Andreas Görlitz also started. However, the right-back stuck with it more consistently, even longer when he was playing football. Görlitz founded the bands “Room77” and “Whale City” and he also organized a rock festival in the Bavarian village of Rott am Lech. Physiotherapist Oliver Schmidtlein gave him the idea of ​​making music: Görlitz was suffering from a cruciate ligament injury and was looking for a job.

After Dante won the championship title and the Champions League with FC Bayern in 2013, he missed the treble completion in the DFB Cup final due to a secondment for the Brazilian national team. If he couldn’t help on the pitch, then at least as a motivator. So Dante sang for his colleagues in a video message: “We win the championship, we win the Champions League, and the cup too, and the cup too.” The video went viral – and stormed the charts, but not just once: “And Pokal too” entered at number 79 “We win the championship” at number 88. Never before has a footballer been in the German charts with two songs at the same time. The Brazilian donated the proceeds to SOS Children’s Villages and flood victims.

Although Rafinha didn’t storm the charts, he did show off his singing talent at various championship celebrations, including with “Volare”, “Hey Baby” and “Ai Se Eu Te Pego”. When FC Bayern traveled to China in 2015, they naturally had to indulge in the favorite hobby of many Asians: karaoke. Together with his half-Brazilian colleague Thiago, Rafinha sang “Mambo No. 5” and then euphorically considered founding a Bavaria-Brazil band: “Dante plays the ukulele, I do the rhythm. Douglas Costa will probably sing then.” Unfortunately, it remained an idea.

“I grew up with music,” said David Alaba in an interview with SPOX and GOAL. “It’s a very important part of my family. When I was a child, we played music 24/7. CDs, records. Whether in the apartment or in the car: music, music, music. And everyone sang along.” Alaba’s father George worked as a musician, his sister Rose May is a singer – and he himself released the single “Say my name” in 2018. Three years later, Alaba switched from Bayern Munich to Real Madrid, but the focus is still on football: “I dreamed of a career as a singer, but realized relatively quickly that it wasn’t going to happen.”

Yann Sommer is not the only enthusiastic musician in the current FC Bayern squad: left-back Alphonso Davies released his first song in spring 2022. Together with the two then regional league kickers Alexis Fambo (SV Heimstetten) and Stephan Mensah (1860 Rosenheim) Davies raps in “Nur Weil”.

But he probably doesn’t meet the taste of his new keeper colleague. According to Sommer, he likes Bruce Springsteen, and his playlist is dominated by “handmade rock, country and blues”. At his former club Borussia Mönchengladbach, his songs in the dressing room “didn’t have been so well received: sometimes I manage to get through two or three songs, but then the others have had enough with my music.”