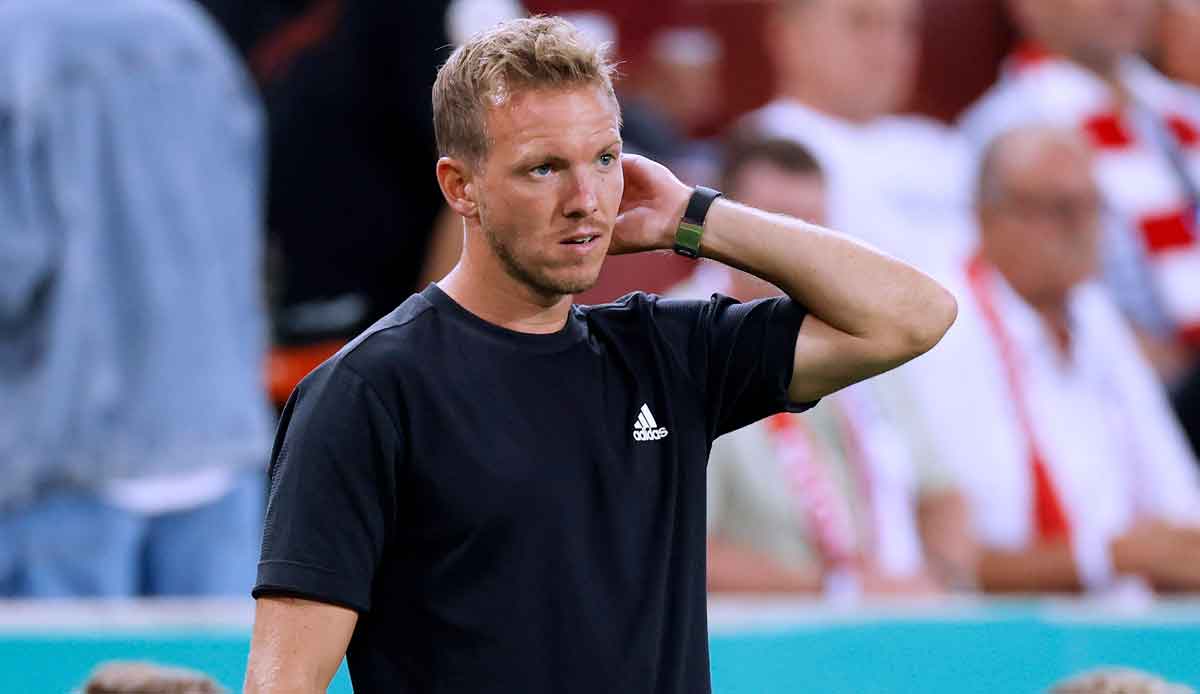 Probably the longest-awaited signing of FC Bayern Munich has made the weakest impression so far: while Noussair Mazraoui (24) suffers from adjustment problems, Benjamin Pavard (26) shines in an unloved position.

What a relief it was for FC Bayern Munich when Noussair Mazraoui was signed on a free transfer at the end of May. Finally a real counterpart to left-back Alphonso Davies! Finally over the temporary help of center players! For the first time since Philipp Lahm retired in 2017, the club has a right-back of international standard.

Because the new signings Alvaro Odriozola and Bouna Sarr weren’t reinforcements, two players who didn’t really want to play there have filled this role in the meantime: first midfielder Joshua Kimmich, then central defender Benjamin Pavard. The Frenchman never missed an opportunity to underline his desire to move to the centre. “I can help out on the right flank, but my position is central defender,” Pavard emphasized in the spring RMC. “I want to play centre-back.”

With Mazraoui’s commitment from Ajax Amsterdam, FC Bayern’s long-standing problem zone seemed to be closed and Pavard’s great chance of having his wish fulfilled at the same time. But then, in addition to the already available Dayot Upamecano and Lucas Hernandez, the Munich team also brought in a third top-class central defender in Matthjis de Ligt.

So where to go with Pavard? Suddenly he was seen as a potential candidate for sale. According to the French L’Equipe asked Chelsea, Atletico Madrid and Manchester United, but Pavard himself and coach Julian Nagelsmann blocked all advances.

The thanks: Because Lahm heir Mazraoui suffers from adjustment problems, Pavard was always in the starting XI in the first five competitive games of the season – again as a right-back. Everything as usual, not as planned. In fact, it doesn’t seem like Pavard doesn’t enjoy it.

Pavard is often accused of a lack of forward traction, but in the new 4-2-2-2 system he has improved greatly in this regard. He has already scored two goals, which means he has already surpassed his mark from the previous season by two goals. Pavard even had chances for more goals, for example failed against the crossbar against VfL Wolfsburg. Incidentally, his new offensive urge has not been at the expense of defensive stability so far.

“Benji is doing very well, very reliably,” said Nagelsmann in the run-up to the Bundesliga game against Borussia Mönchengladbach (1-1). They were the final words in a lengthy response from the coach to what was actually going wrong at Mazraoui. Nagelsmann provided several explanations for this.

At first, Mazraoui appeared like “a classic newcomer”. That probably means: a little too reserved. In addition, according to Nagelsmann, he “lost weight at the beginning. New city, new cook, everything new. There are religious backgrounds.” Mazraoui is a practicing Muslim. The intensity at Bayern was also a problem for him. “We did more runs than he knew,” explained Nagelsmann. “He still has to get used to the pace.”

Of the table football meanwhile reported that Mazraoui was accused of deficiencies in defensive awareness within the club. In addition, he lacked the necessary commitment and assertiveness in training. In the run-up to the Gladbach game, Mazraoui would have presented himself “aggressively” according to Nagelsmann: “In the last week and a half he has slipped closer.”

It wasn’t enough for him to play in the Bundesliga top game, but in the first round of the DFB Cup at Viktoria Köln, Mazraoui celebrated his starting eleven debut for FC Bayern together with the other newcomers Mathys Tel and Ryan Gravenberch. In contrast to his cheeky colleagues, Mazraoui was largely a disappointment.

He didn’t do anything defensively against the rather harmless third division team, but he only put a few accents offensively. Most of the time he chose the security pass and hardly took any risks. When in possession, Mazraoui, like his counterpart Josip Stanisic on the left, had to move into the center alongside six-pointer Joshua Kimmich, while Tel and Serge Gnabry held the wings.

“Nous had a few problems at first,” Nagelsmann admitted sports1 to. After the break, he at least improved a bit, but didn’t necessarily push himself for further assignments. Undoubtedly talented, Mazraoui will need time, that’s for sure. The most unplanned development of FC Bayern’s season so far is therefore likely to continue for the time being: The newcomer, who has been awaited for the longest time in terms of position, is at the back, while Pavard, who is absolutely pushing into the centre, is still set in his unloved position.