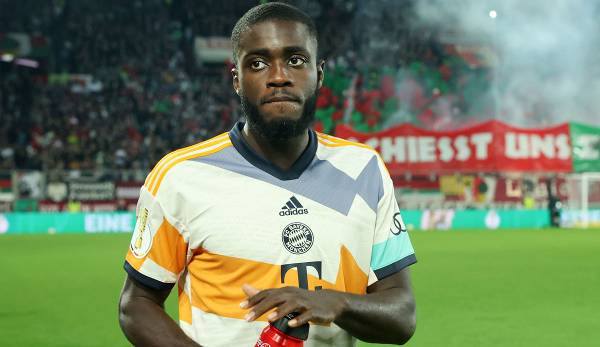 Bayern Munich’s Dayot Upamecano has revealed he took an unusual measure at a young age due to communication issues. He also spoke about his difficult start with the German record champions.

“When I was young, I had trouble communicating. I felt the need to work on my voice to lead the defense,” explained the Frenchman in an interview with the L’Equipe. That’s why he worked with an opera singer: “It was very interesting. It’s important to scream as a defender. You have to do it to be a leader.”

Upamecano had to take a lot of criticism during his debut season at Bayern because he made a few mistakes. That was also due to the death of his father. “I think that played a role, it influenced me on the pitch,” he said.

After the first season, Upamecano was reportedly no longer capable of fulfilling the role of defense chief. This is one of the reasons why sports director Hasan Salihamidzic is said to have made such an effort to get Matthijs de Ligt, who came to the Isar from Juventus Turin in the summer for almost 70 million euros.

However, Upamecano did not let the bad reviews discourage him: “I try not to listen to what is said. I always thought that it would not do anything constructive. I concentrate on myself and my team. I I never had any doubts, I never worried. I know my level and I know what I can do.”

In the second year after his move from RB Leipzig (42.5 million euros), the tide has turned. Upamecano has started every game this season in the Bundesliga so far. “It’s true that I underplayed two or three games, but I answered the others with presence. I feel better than last season, that’s for sure,” he explained.

He feels the full trust of coach Julian Nagelsmann, who recently even attested him “world class level”. “I don’t know if I would say that, but I’ve definitely improved in many areas,” said Upamecano.

He also worked a lot on himself. “I looked at what I didn’t do well last season,” explained the 24-year-old, adding that he had hired a personal trainer to help make up for his deficits: “A great player is working on the trouble he’s having.”

With the World Cup in Qatar in mind, Upamecano is pursuing a clear goal. “I know that sometimes I didn’t play well, but you also have to see what I did well. I’m aware that I made mistakes. If I’m called up, I’ll be ready. What I’m doing at Bayern , I can also do it in the French team. On and off the field. Of course I can do it,” he said.

The centre-back was part of the France squad for the last international season and has legitimate hopes of a place in the World Cup squad. “I hope to be there, that’s what I’m working for. I know a lot of people say that, but it’s true – being at the World Cup is a childhood dream.”