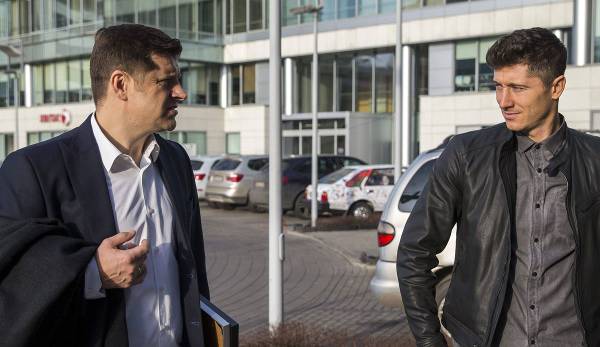 Robert Lewandowski probably always had the plan to play in Spain one day. Joshua Kimmich is teased about an advertising deal. All news and rumors about FC Bayern at a glance.

Robert Lewandowski’s former agent Cezary Kucharski has revealed that the Bayern forward has always wanted a move to Spain. “His plan was Germany, then Spain and then the United States at the end of his career,” he said on the Spanish radio station Cadena SER.

In recent years, Lewandowski had also flirted with a move to Real Madrid. According to Kucharski, there is another reason why the Pole is pushing for a change. “Lewandowski wants to show that he is better than Benzema,” he said.

Benzema is at the top of the list of favorites for the Ballon d’Or after winning the Spanish league and Champions League with Real Madrid. Overall, he scored 44 goals in 46 games last season. Lewandowski was denied the award despite his two outstanding years in 2020 (the award was canceled due to the corona pandemic) and 2021.

Lewandowski wants to leave Bayern Munich in the summer. So far, however, those responsible have remained steadfast. Even the latest offer from FC Barcelona of 35 million euros plus five million euros in bonuses should not have given the FCB bosses reason to ponder.

For Kucharski, there is only one option for his former client: “He has to put pressure on Bayern to release him from the contract.” Lewandowski still has a working paper until 2023.

FC Bayern, News: Kimmich is ridiculed for the advertising deal

Joshua Kimmich is the new face of GilletteLabs. Both his wife and ex-teammate Toni Kroos found it particularly funny.

“Now I’ve really read everything,” commented Lina Meyer under her husband’s post, who is not exactly known for an extensive beard growth and thus regularly puts razors to the test.

Kroos added a little later with a wink: “I couldn’t have imagined anything better.”