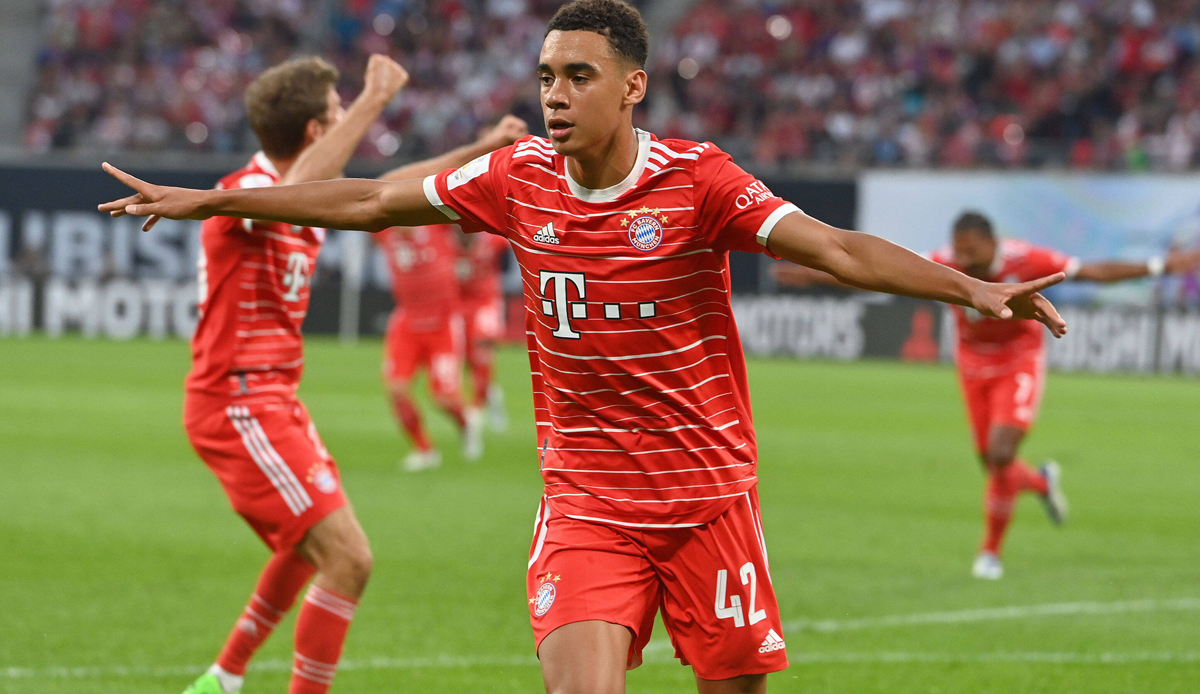 It was a performance to die for. A wonderful goal in a very small space, a great pass to Serge Gnabry, a little dance with Lukas Klostermann and then a pass to Benjamin Pavard: Jamal Musiala set the big highlights in the Supercup on Saturday evening and also impressed his coach to a great extent.

“You have to emphasize Jamal, he did it incredibly well. That was world class today,” said Julian Nagelsmann after FC Bayern Munich’s 5: 3 win at RB Leipzig about the performance of the top youngster: “If he plays like that, he is an integral part of the team.”

The Bayern coach also pointed out that such a performance by the 19-year-old had already been suggested. “He had excellent preparation and this performance was a reflection of that preparation,” stressed Nagelsmann. “What a player. Man of the match,” praised new Bayer Sadio Mane.

Musiala himself remained modest: “In the first half we were free and had a lot of control. Everything was very easy. I got into the game really well and just had fun.”

Nagelsmann was particularly pleased that Musiala also revealed visible progress in a previous problem area. “He’s outstanding with the ball anyway, but he’s also become more reliable defensively. He did a great job there, too,” said Nagelsmann, who had explicitly pointed out these deficits to Musiala before the start of the new season.

Musiala recently said when asked about his goals for the 2022/23 season: “I don’t want to think too much and don’t want to stress myself too much, I just want to have as much fun as possible and develop further.”

In the last Bundesliga season, the super talent made a total of 30 appearances and scored five goals, making twelve starts. With appearances like on Saturday evening, there should be a few more and national coach Hansi Flick will certainly reserve a World Cup place for Musiala in that case.