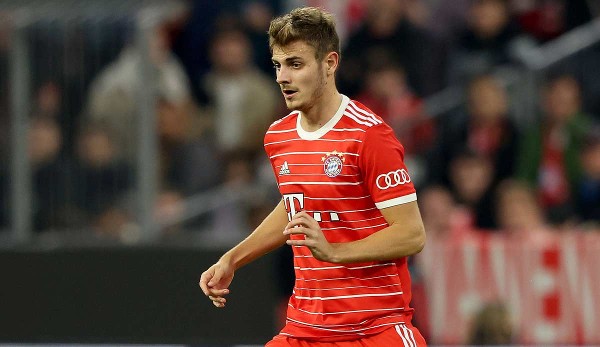 Bayern President Herbert Hainer commented on Erling Haaland’s move from Borussia Dortmund to Manchester City. “Haaland is interesting for every top club in the world and we had the best chances alongside Manchester City,” said Hainer Media Group Bavaria.

Haaland moved to England in the summer for 60 million euros. Haaland confidant Jan-Aage Fjörtoft does not see the chances of Bayern Munich signing the Norwegian as great. “The decision was rather clear. It’s true that Bayern tried extremely hard for him,” said the former Eintracht striker some time ago sports picture.

Hainer also commented on coach Julian Nagelsmann. During the difficult period in September and October, when Bayern failed to win five times in a row in the Bundesliga, he showed “how flexible and capable of development” he was, said the 68-year-old: “He recognized that he was in this Phase has to change something and installed Choupo-Moting as a center forward.”

On the subject of Qatar sponsorship, Hainer explained: “As I already said, we will discuss the sponsorship after the World Cup. Our goal is for things to change through discussions, transparency and observation. We are always looking for dialogue here.”

Right-back Josip Stanisic has prematurely extended his contract with FC Bayern Munich. As the record champions announced on Saturday, the 22-year-old’s new working paper runs until 2026. Stanisic, who is taking part in the World Cup in Qatar with Croatia, has worn the Bayern jersey since 2017 and has been part of the professional squad since 2021.

“Josip Stanisic has established himself in our professional squad over the past two years, and that’s also an honor for the youth academy, because Josip was trained by us on campus,” said sporting director Hasan Salihamidzic. “He’s versatile, he performs well when he’s needed. His reliability helps our coach and the team.”

On Saturday, FC Bayern will be guests at Manuel Neuer’s former club FC Schalke 04 (6.30 p.m. in LIVETICKER). “Basically, I trust them to stay up, but the task will be very difficult and tough,” said the goalkeeper Media group Munich Merkur/tz to the complicated situation of the Royal Blues.

With nine points from 14 games, Schalke is bottom of the table. It has “definitely not gone well so far,” says Neuer, who believes that the new coach Thomas Reis is capable of turning things around.

“I watched the game against Bremen, it was really decent and one of the best performances of the season. It shows that there is hope to be able to make the turning point,” said the 36-year-old about the 2-1 defeat for the miners on the 13th matchday in Bremen.

Neuer was born in Gelsenkirchen. The goalkeeper wore the Schalke jersey for 20 years before moving to the Isar in 2011.

In the meantime, FCB has nine wins in a row across all competitions. Not only the results fit, but also the services. “So it will be difficult for us to lose a game,” said Lucas Hernández picture.

Defensively things are also getting better and better for the German record champions. “The key is more communication and mutual trust. We’re getting to know each other better and better. You notice that more in every game,” said the 26-year-old defender.

The NFL game between the Tampa Bay Buccaneers and the Seattle Seahawks takes place on Sunday at 3:30 p.m. in the Allianz Arena. As the picture reports, FC Bayern will receive 2.5 million euros as the organizer.

“I’ll be in the stadium and I’m hoping for a few touchdowns,” said Nagelsmann, looking forward to the game. However, the 35-year-old does not expect a learning effect for his everyday life.

“It’s generally difficult to transfer things from one sport to another because the games are very different,” said Nagelsmann. Football is “very different – with a lot of start-stop moments and far fewer random situations than in football”.

Bundesliga: The table before the Saturday games