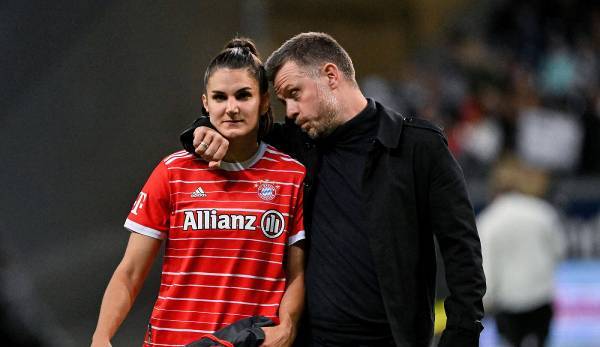 Herbert Hainer is optimistic despite FC Bayern Munich’s earnings crisis and makes an announcement for the upcoming games. Holger Badstuber wants to return to the Bundesliga after retiring. Robin Gosens finds the record champions’ phase of weakness “surprising”. The women are facing the first sticking point of the new season. Here you can find news and rumors about FCB.

FC Bayern, News: Herbert Hainer with a declaration of war

President Herbert Hainer is fighting after FC Bayern Munich’s recent weak phase. They will “attack properly again after the international break,” said the 68-year-old Munich Mercury and the tz. Hainer initially ruled out a change on the coaching bench. “We are completely convinced of Julian Nagelsmann and our entire team,” he confirmed: “The season has only just begun and we know that we have the potential to achieve our big goals.”

Nevertheless, four Bundesliga games without a win “won’t be what our fans and all of us imagine. However, we also see the multitude of goal chances that our team creates in every match and that are currently not reflected in our results”.

According to the picture the clash with Borussia Dortmund on October 8 could become a final for Nagelsmann. Sky sports also reports that the 35-year-old will remain the coach of FC Bayern at least until then. Nevertheless, the ex-Leipziger is still firmly in the saddle. After the international break, Bayern meet Bayer Leverkusen in the Bundesliga.

Holger Badstuber would like to return to the Bundesliga after retiring as a coach. “I want to gain my experience in the youth field and then see where it should go,” said the 33-year-old table football: “I’m the type for senior and professional football, but I want to take my time and do targeted training.”

One thing is clear for the former FC Bayern central defender: “At some point I would like to appear in the Bundesliga.” A commitment abroad also appeals to him. In 2023 he wants to start his new section. Most recently, Badstuber was under contract with FC Luzern. Two weeks ago, however, he had announced that he was resigning. In 2009 he began his professional career with Bayern, where he won six championships, one Champions League and four cups.

After the direct clash with FC Bayern in the Champions League, Robin Gosens shows up in the table football surprised by the crisis of the German record champions: “When we played against Bayern, we all sat in the dressing room after the game and thought: ‘Wow, what an intensity they have in the game!'” For him it was “absolutely top level in Europe and around the world. They took us by surprise and overwhelmed us and showed double the intensity,” recalled the international.

Accordingly, he rates the league results as “very surprising”. In the Champions League, Munich recently won 2-0 against Inter and FC Barcelona. Three draws in a row and the defeat in Augsburg spoiled the mood for Bayern.

The new season for the women of FC Bayern Munich has just started and the first big sticking point of the season is already on the horizon. In the Champions League they compete on Tuesday evening (7 p.m., DAZN) at Real Sociedad. The Spaniards finished a strong second place in the Spanish league behind FC Barcelona last season.

On Friday, Bayern opened the new Bundesliga season in front of a record crowd of around 23,000 spectators at Eintracht Frankfurt, but did not get past a 0-0 draw. “It will be a different game than on Friday in Frankfurt in the Bundesliga,” said new Bayern coach Alexander Straus to the club media: “If we get to our performance limit, I think we’ll win.”

The 46-year-old said on Friday that the team was far from where he would like to see it. The preparation and acclimatization time was too short for that. Reaching the group stage is still a must for Bayern.

FC Bayern: The men’s schedule for the coming weeks