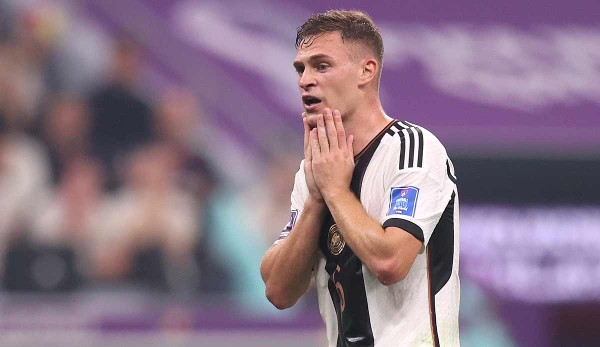 Midfield star Joshua Kimmich makes the early exit with the German national team at the World Cup in Qatar difficult. Konrad Laimer is about to move to Bayern Munich. And: The regional league game between the second representation of Bayern and Türkgücü Munich will be rescheduled. All news and rumors about FC Bayern can be found here.

More news about FC Bayern from the previous days:

Joshua Kimmich spoke up again after the early exit at the World Cup in Qatar. His statement on Instagram shows that the 27-year-old midfielder from FC Bayern still has a hard time nibbling on the failure.

“We haven’t managed to consistently bring our quality to the pitch again. I will need time to analyze everything, to process it and to draw the right lessons from it,” wrote Kimmich, who was at a World Cup for the second time in a row eliminated in the preliminary round.

Nevertheless, the Bayern star looked ahead combatively: “In four weeks at the latest, it’s time to attack again, because giving up is never an option!”

Immediately after leaving, the 27-year-old explained that he was a bit afraid of falling into a hole. Kimmich’s preparations for the continuation of the Bundesliga begin with German record champions Bayern Munich on January 3rd. Three days later it’s back to Qatar for a training camp.

FCB, rumor: Deal with Konrad Laimer is getting closer

Last summer, Konrad Laimer was considered FC Bayern’s dream player. And meanwhile there are more and more signs that the midfielder will wear the jersey of the German record champions next summer.

After the end of November already the picture-Newspaper reported on an oral agreement, it looks loud sports1 also good that Laimer is moving from RB Leipzig to FCB on a free transfer after the season. Laimer therefore wants to go to Munich, also because coach Julian Nagelsmann really wants to have him on his team.

Laimer is to sign a long-term contract in Munich, there is talk of a term until at least 2027. Most recently, the 25-year-old had expressed reservations about his future. Although he ruled out a contract extension in Leipzig, he did not want to confirm the move to Munich. “No talks at the moment. Nothing is decided and nothing is excluded,” he said table football.

FCB, News: Bayern II game against Türkgücü will be repeated

The regional league game between FC Bayern II and Türkgücü Munich, which was canceled on November 19, will be repeated. The Bavarian Football Association (BFV) decided on Friday. However, a new date has not yet been set.

In addition, Türkgücü was fined 1,500 euros, and FC Bayern also had to pay 3,000 euros due to other offenses committed by their spectators this season.

The game in Heimstetten was called off a few minutes after kick-off because there was a massive police operation due to an unauthorized banner in the guest block. Even after repeated requests from the stadium announcer, the banner, which showed a Kurdish flag and the words “FC Bayern Fanclub Kurdistan” and was therefore a provocation for the Turkish-leaning hosts, was not taken down.

“The police forces, who were present from the start, decided to remove the banner, which led to physical altercations and damage to property,” the BFV statement said. Pepper spray was also used. Videos also show that the law enforcement officers also used batons. The criminal police are still investigating charges of bodily harm, breach of the peace and property damage.