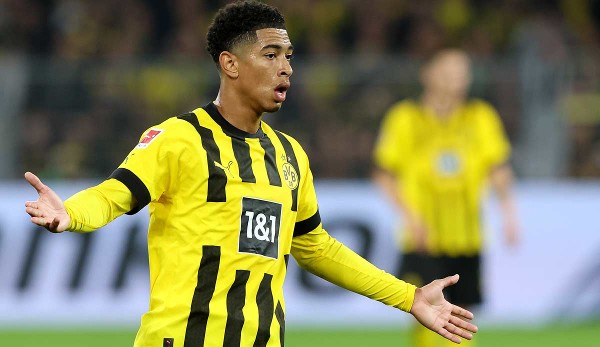 FC Bayern Munich apparently wanted to interfere with Jude Bellingham’s move to BVB. Stefan Effenberg takes on Manuel Neuer. And: Franz Beckenbauer mourns the loss of his friend Pelé. The news and rumors about FCB.

In 2020, Jude Bellingham was said to have almost ended up not at Borussia Dortmund, but at FC Bayern Munich. This was revealed by Xuangdong Ren, former CEO of Bellingham’s ex-club Birmingham City Mundo Deportivo.

“The day he wanted to sign for Dortmund, I got a call from his father asking me to delay the signing. Bayern tried to increase the offer at the last minute. They offered him so much money,” he said reindeer

And further: “He chose Dortmund and not Bayern, even if he might not win titles or not earn that much money. He put his development above everything else. How many players would do that?”

Bellingham finally switched from the English second division club to BVB for a fee of 25 million euros. There, the midfielder enjoyed a rapid rise and most recently attracted the attention of numerous top European clubs with strong performances for the English national team at the World Cup in Qatar. Even then, well-known teams were courting Bellingham.

“Manchester United made the biggest offer compared to everyone else. FC Bayern, Borussia Dortmund, Leicester City or smaller clubs like Wolves, they all called,” explained Ren.

Should Bellingham now leave BVB at the end of the season, Bayern no longer seem to be an option. Instead, Real Madrid and Liverpool FC are considered favorites for a commitment.

“Football lost the greatest in its history today – and I lost a unique friend,” the 77-year-old was quoted as saying on the homepage of German record champions Bayern Munich. Pele had three hearts: “For football, for his family and for everyone.”

Beckenbauer had played alongside the Brazilian at Cosmos New York from 1977, and together they both became champions straight away. “I went to the US because I really wanted to play on a team with Pele. That time at his side was one of the greatest experiences of my career. We became US champions together straight away and Pele then just called me his brother. That was an unimaginable honor for me,” continued Beckenbauer.

Pele died on Thursday at the age of 82. “Football will be yours forever! You will always be there. Thank you for your game, O Rei!” said Beckenbauer.

Former Bayern star Stefan Effenberg has criticized the behavior of FCB captain Manuel Neuer. Effenberg denounced Neuer’s carelessness in connection with Neuer’s injury on a ski tour. FC Bayern and the entire management team of FC Bayern around Oliver Kahn and Hasan Salihamidzic would now have to bear the consequences.

“Neuer’s failure is a huge construction site that they have to close. He negligently endangered FC Bayern’s goals. For those responsible for Hasan Salihamidzic and Kahn, this is no less than the greatest challenge since they have been in office because the injury came unforeseen. You now have to give the right answers quickly, “wrote Effenberg in his t-online-Column.

Neuer sustained a fracture of his right lower leg while on vacation and will no longer be able to play for the German record champions in 2022/23.