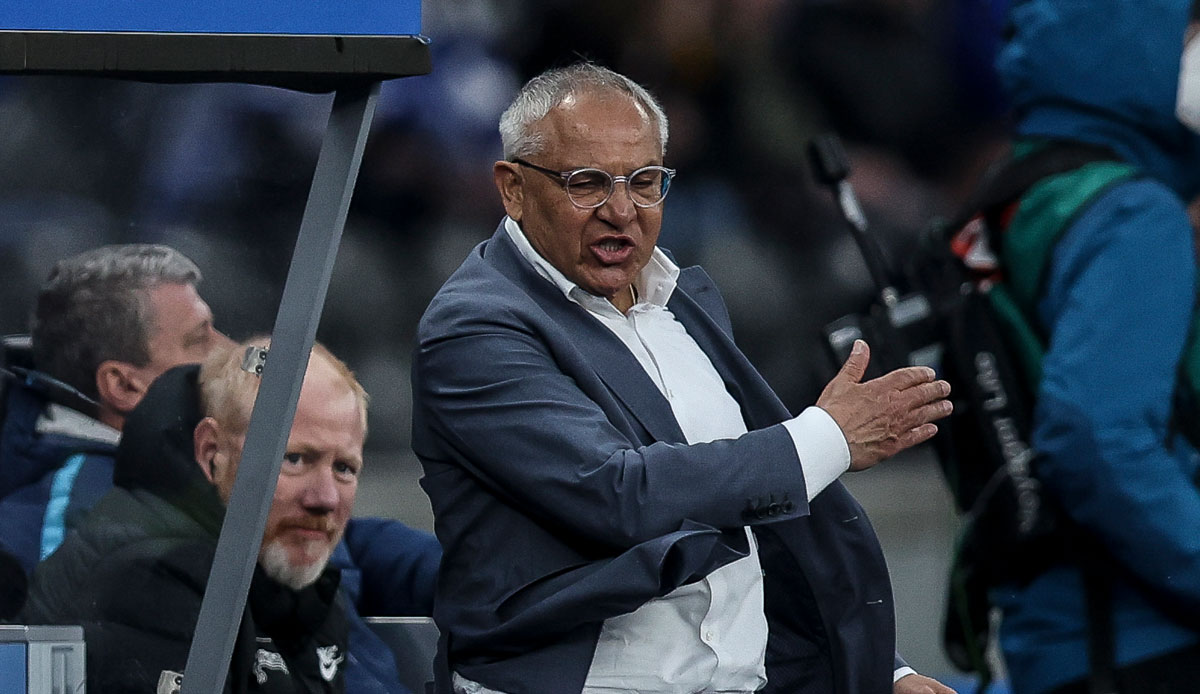 The outgoing coach Felix Magath has severely criticized his still-employer Hertha BSC. A few days after he had managed to stay up in the Bundesliga with the Berliners in the relegation, the 68-year-old found himself in an interview with the table football clear words.

“In the nine weeks I had the feeling that I didn’t have any help,” said Magath about his time as interim coach at Hertha: “The atmosphere was more like: paragraph one – everyone does their own thing.”

In the end, according to Magath, he got the team to stick together, but things were different in the environment: “Overall, I never had the feeling that the club was fighting relegation,” said the coach, adding: “There wasn’t a major problem. There were only problems.”

However, Magath protected the managing director of the Berliners. Fredi Bobic is also “one of the victims” in the club: “He has taken on problems that have not only been there since last week. This club has been close to relegation for the third year in a row. It didn’t come suddenly, it had to be structural be trouble.”

Magath succeeded the hapless Tayfun Korkut at Hertha in mid-March. The team narrowly avoided falling into the 2nd Bundesliga in the relegation against Magath’s Herzensklub Hamburger SV, for whom he played 306 Bundesliga games.