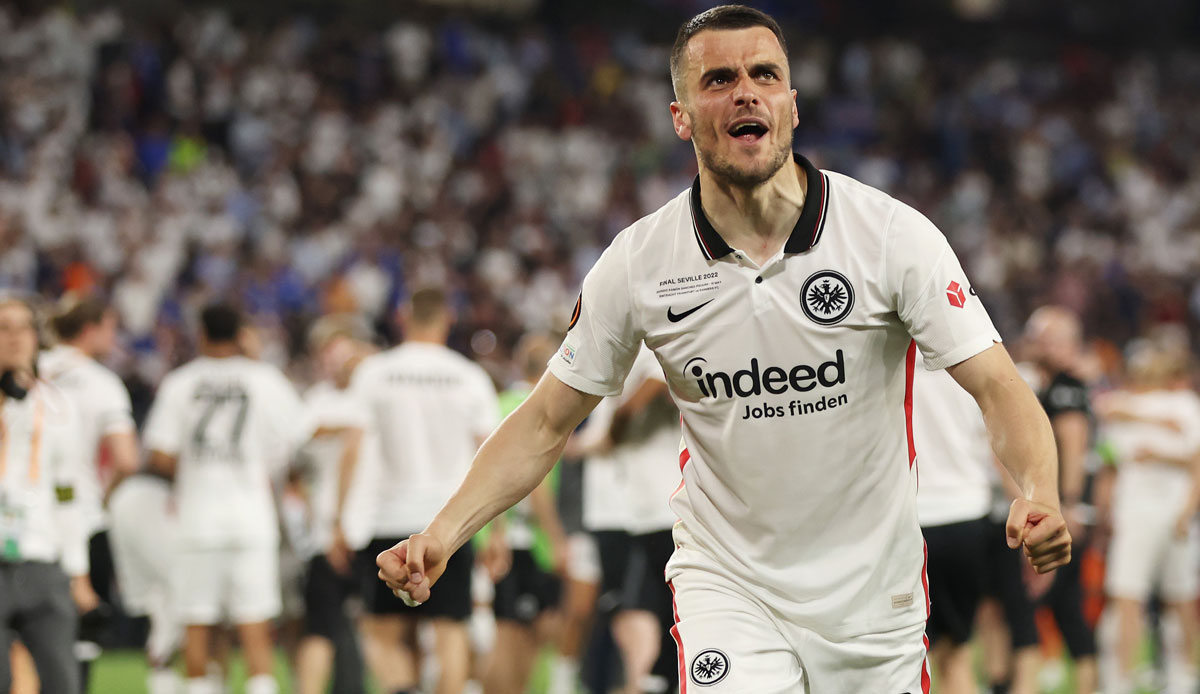 Winger Filip Kostic from Europa League winner Eintracht Frankfurt is apparently about to move to Juventus Turin. According to media reports, the Serb will sign a three-year contract with the Italian record champions, which will bring him 2.5 million euros per season. This is reported by the Gazzetta dello Sport.

A sum of 15 million euros is mentioned as a transfer fee, Kostic’ contract in Frankfurt expires in summer 2023.

Kostic was named the best player of the 2021/22 Europa League season by UEFA. At the beginning of the past season, the 29-year-old wanted to move to Italy.

At Juve he is to replace national player Federico Bernardeschi, who is leaving the club.