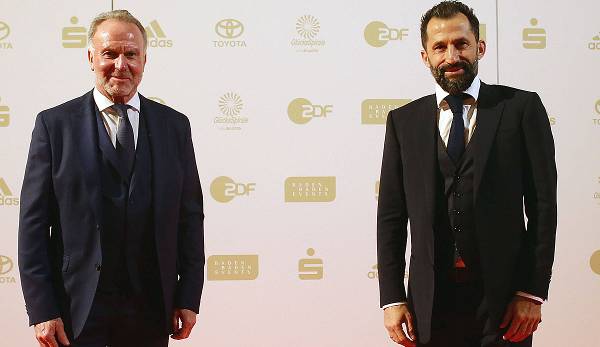 The longtime board boss Karl-Heinz Rummenigge praised the makers of FC Bayern around sports director Hasan Salihamidzic, especially for the recent sales.

“Bayern Munich acted very cleverly on the transfer market this year. I think they signed interesting players. And they finally got rid of some ballast,” said Rummenigge Süddeutsche Zeitung.

“Many players who were bought in the past played no role in the squad. Then you have to part with them after two years at the latest. This time we even managed to sell them well,” said Rummenigge.

Looking at the transfer market in general, the 66-year-old gets the following impression: “If you buy, you get applause as a manager, if you sell, you get a kick in the butt. But it needs a balance.”

Rummenigge: Now it’s up to Nagelsmann

This balance was right at Bayern, for which Salihamidzic was primarily responsible. “Hasan has been scolded enough in the past, this year everything really worked,” said Rummenigge.

Now it’s up to coach Julian Nagelsmann to turn a squad full of top players into an ensemble and to orchestrate it in such a way that there is a good atmosphere in the team.

According to Rummenigge himself, he no longer interferes in the work of Salihamidzic and CEO Oliver Kahn. He “completely let go,” said the former striker.

“I don’t want to call Oliver Kahn and recommend something to him either, that’s not my style. That was my goal from the start and I’m glad I made it,” said Rummenigge.

He doesn’t even watch all the home games in the stadium anymore: “I’ve almost become a cherry picker.”