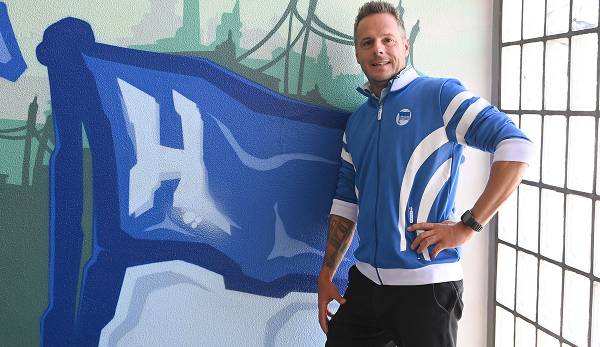 With Kay Bernstein, an entrepreneur from the communications industry has been elected president of Hertha BSC, whose past as an ultra makes him a novelty in German football. The 41-year-old brings many good approaches, but is a newcomer to the industry – and so far it has crushed almost every idealist. A comment.

Let’s start with a statement: Kay Bernstein, the new president of Hertha BSC, has not been an ultra for 16 years. Still, his past as the founder of the Ultra group makes him tick Harlequins ’98 a novelty in German football, because someone like him has never headed a professional club.

It’s one of the many realities that the 41-year-old will have to face in the future: Bernstein will be able to do whatever he wants, he shouldn’t be able to get rid of the “Ultra” label. It’s actually not tragic. Especially if he convinces with the depth of content in the promised restart of Hertha in the future.

During the election campaign, Bernstein spoke out on numerous topics relating to the old lady, who in many respects urgently need to be improved. Often disillusioned when he realized, for example, how much “poison and ego” is in the management of the club.

The entrepreneur from the communications industry is striving for nothing other than the democratization of the club: less gangs and superficiality, closer to the club than alienated from it, more structure and culture, a prince rather than an opponent, better communication, greater calm.

This is just an excerpt of his ideas, which of course read very well and make a lot of sense on paper. Bernstein’s relationship with investor Lars Windhorst, who has played an important part in the club’s failed public image in the past, is reportedly professional. This could benefit him in the implementation of the individual projects. At least as conceivable, however, is that the points on Bernstein’s agenda turn out to be merely lofty goals.

Hertha BSC: Establishment must perceive Kay Bernstein as a danger

Professional football is far from the only industry where selfishness and the quest for power are the order of the day. Without a doubt, however, these phenomena are extremely pronounced there, as Hertha BSC recently demonstrated more than clearly in countless embarrassing episodes.

With Bernstein, someone is now entering this bubble who the establishment, which is interested in staying in power, almost has to perceive as a danger. This was already evident from the fact that the supervisory board led by Klaus Brüggemann tried in the run-up to the election to get Bernstein to work with the opposing candidate, Frank Steffel.

The advantage of the “Bernstein opponents”: The newcomer is absolutely inexperienced on this terrain and therefore, together with his team, has to get committees and club employees to unite right from the start. No need to be a prophet: Bernstein will need to be extremely willing to compromise in order to fill this vacuum – partly because the way this business works requires it. Ask Claus Vogt, who, as president of VfB Stuttgart, also showed close ties to the fan base and quickly got involved with Realpolitik.

In order to break through this mixed situation and the old stuffiness, in order to actually get the establishment on his line, so to speak, one would wish Bernstein very much that he would be successful with his approaches and help the club to achieve the intended change. Also, to one day possibly be a role model or even a blueprint for other clubs that repeatedly fail in the desire for their own renewal.

Hertha BSC: What would be a great success for Kay Bernstein

It would be a great success if a democratically elected candidate like Bernstein, with his CV that is unusual in the industry, were able to seize his opportunity and get those responsible at Hertha to work together effectively. Especially in times of the almost endless commercialization of football and the permanent higher-faster-further mentality, Bernstein goes through for many fans and observers, who are a thorn in the side of these developments, as a cross-club hope.

On the other hand, you shouldn’t be naïve: professional football is so reactionary that it has crushed every idealist. Bernstein’s election was less than 24 hours old when various tabloid media already saw the end of the West approaching due to his ultra-past. Unfortunately, the likelihood that Bernstein will get caught in the middle of the mills of the business and be ground up by them in the end – or give up in frustration – is greater.