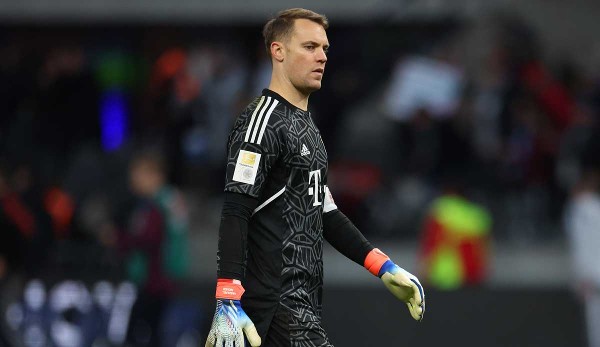 Manuel Neuer will be absent from Bayern Munich for a while due to a broken leg. SPOX reveals exactly how long the record champions will have to do without their number one.

From a sporting point of view, Manuel Neuer cannot look back on a good end to the 2022 calendar year. First, the 36-year-old failed with the German national team in Qatar for the second time in a row in the group phase of a world championship, less than two weeks later he broke his lower leg while ski touring on vacation. The five-time world goalkeeper will therefore not be available to the record champions when play resumes in January 2023.

But how long will Manuel Neuer be out in total? SPOX tells you that below.

FC Bayern: How long will Manuel Neuer be out?

Manuel Neuer will no longer be used in the 2022/23 season. The 2014 world champion said this in an Instagram post the day after the successful operation: “Yesterday’s operation went very well. Many thanks to the medical team! It hurts to know that the current season is over for me is.”

FC Bayern Munich, which is still fighting for the title in all three competitions – Bundesliga, DFB Cup, Champions League – is already looking for a solution to the goalkeeper question. Numerous names were given as options.

Including, logically, Sven Ulreich, who, when Neuer is fit, is number two at Bayern. The hottest candidate for Neuer’s post is probably Alexander Nübel, who has been loaned out by FC Bayern Munich to the top French club AS Monaco and could now be brought back in winter. Bayern’s sports director Hasan Salihamidzic himself confirmed that Nübel was the “most obvious solution”, but also added: “In the end, AS Monaco has the last word.”

For Neuer, the broken leg is not the first major injury in his career. In the 2017/18 season, for example, he missed more than 40 competitive games due to a metatarsal fracture.

A torn muscle fiber in the 2018/19 season put him out of action for six games, and knee surgery in the past 2021/22 season for a further six games. But even in the current season, Neuer had to take a forced break once. The reason for this was a bruised shoulder joint.

Also because of his age, Neuer’s lower leg fracture comes at an extremely unfavorable time. If he were to return next season, Neuer would already be 37 years old. Will he be able to fight his way back into the starting XI?