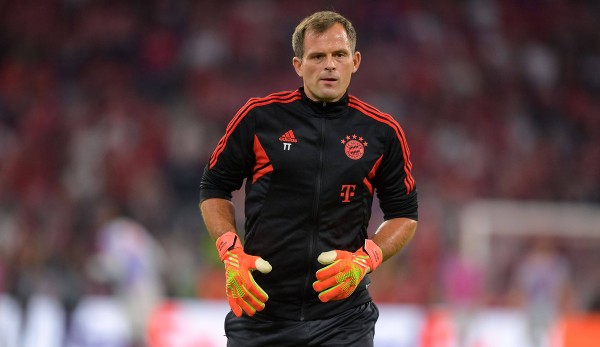 Leaked internals from the coaching cabin are apparently the main reason for the dismissal of goalkeeping coach Toni Tapalovic. Ex-national goalkeeper Toni Schumacher recommends Manuel Neuer resign from the DFB team. Lothar Matthäus believes in a championship from Eintracht Frankfurt. All news and rumors about FC Bayern can be found here.

The sudden departure of goalkeeping coach Toni Tapalovic at Bayern also appears to be the result of a breach of trust between the individual parties. how sports1 reported, to the annoyance of the club management and coach Julian Nagelsmann, the 42-year-old repeatedly leaked internal information from confidential discussions within the coaching room to players.

In addition, other reasons are said to have contributed to the sudden dismissal of Tapalovic. The relationship between the 42-year-old and loan player Alexander Nübel is considered to be strained, Nübel had in the past weekend ZDF sports studio talked about the lack of communication between the two.

Before his loan to AS Monaco, “we had a normal relationship, we trained normally,” said Nübel there. “There wasn’t much contact during my time in Monaco.”

Tapalovic switched from FC Schalke 04 to Bayern when Manuel Neuer was signed in 2011. There the new confidant was under contract for a total of 11.5 years. In an Instagram statement, Tapalovic thanked for the cooperation and wished the German record champions all the best. Neuer also spoke up. The national keeper spoke of a “pioneer of modern goalkeeping. I will miss you.”

Sadio Mané has taken the next step towards his comeback. The Bayern Munich superstar returned to running training on Tuesday.

“Nice to see you running again, Sadio!” Wrote the German soccer record champion on social media for a short video with Mané. The 30-year-old comes out of the cabin on Säbener Straße with a smile and arms outstretched and speaks of a “good feeling after a nice, very long holiday”.

Mané tore a tendon on his right fibula head in mid-November and missed the World Cup with Senegal after the subsequent operation. Bayern are hoping for his return to the Champions League knockout round against Paris St. Germain (February 14/March 8).

“But that should go very well and might also involve a small risk,” said coach Julian Nagelsmann recently. Mané is “a bit faster than we expected” and “on the right track”. Although he is not planning with him for the first leg at PSG, there is “a small remaining chance” that he could be used.

Ex-national goalkeeper Toni Schumacher recommends Manuel Neuer to resign from the DFB team after recovering from a broken leg. “Due to the pressure, if I were him, I would do without the national team and concentrate fully on Bayern Munich,” Schumacher said in an interview Munich Mercury/tz.

“I can well imagine that he will do the same. And then he can play for his club until he is 40 – like Dino Zoff,” explained Schumacher. Rio world champion Neuer will be 37 in March, at least the current season is over for the national team captain because of his protracted injury.

“It’s true that as you get older it takes longer to recover from injuries,” said Schumacher (68). The two-time vice world champion had to deal with numerous injuries during his own successful career. “I’m not worried that he’s not motivated, that he can’t keep up the level,” said the goalkeeper idol of 1. FC Köln.

Lothar Matthäus believes the high-flyers from Eintracht Frankfurt are capable of the big coup in the Bundesliga. Coach Oliver Glasner’s team could be the team “that, after what feels like an eternity, ensures that Bayern don’t become champions again,” wrote the 61-year-old in his sky-Column “That’s how I see it”.

Being at the top at the end of the season is “extremely difficult” for Eintracht, emphasized Matthäus. But “anyone who is as successful as Frankfurt and has this unique spirit can become German champion.”

The Europa League winner could land a big point on the way to the cup on Saturday evening when the SBU travels to Munich for the top game.