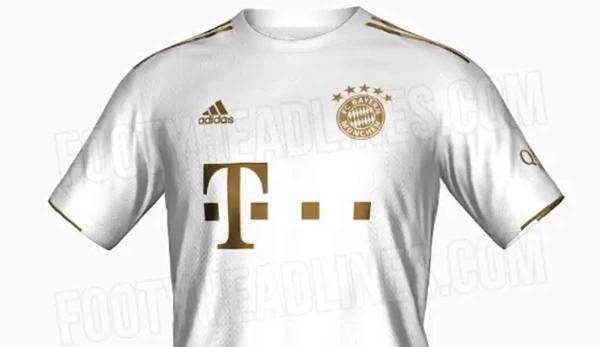 The usually well-informed platform footyheadlines.com has released the first pictures of the alleged new FC Bayern Munich away kit for the 2022/23 season.

The basic color of the jersey is whitewhile the respective logos of Bayern, sponsor Telekom and supplier adidas as well as the three stripes on both shoulders appear in gold.

It is not known when Bayern will officially present the away jersey for the coming season.

The record champions had already released the new home jersey at the beginning of May.

On the occasion of the 50th anniversary of the Olympic Stadium, FCB is apparently also planning an anniversary jersey.