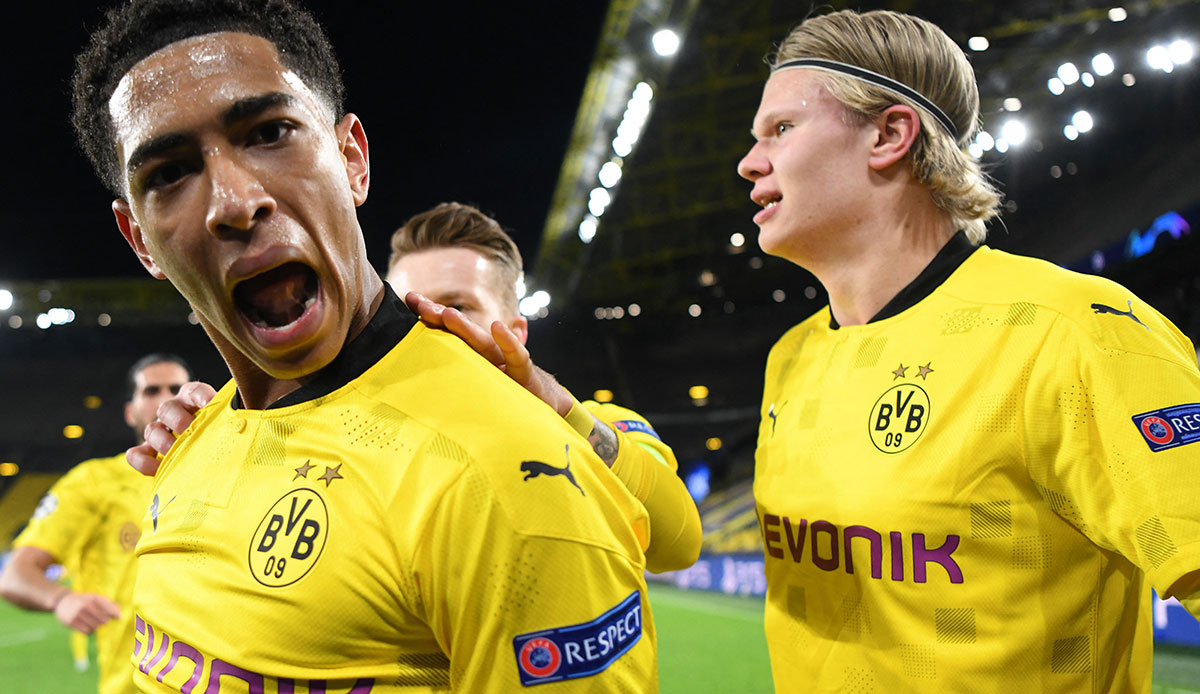 Jude Bellingham probably wants to take Erling Haaland as a model for his future plans. A former star striker sees the youngster at Liverpool FC. And: An ex-Dortmunder is unhappy with his current club. News and rumors about BVB can be found here.

Here you can find more news about the black and yellow from the previous days:

BVB, rumor: Bellingham wants to do it like Haaland

Jude Bellingham apparently wants to take a similar analytical approach to his upcoming next club change as ex-teammate Erling Haaland. To CBSinformation he wants to rate his future employer in different categories and thus come to a decision using a points system. The Norwegian had already chosen this procedure, as can be seen from a documentation.

at footballtransfers.com explained CBS-Journalist Ben Jacobs: “Bellingham will do what Haaland did – award points soberly. That’s the key.” With Haaland, his father’s good relationship with Manchester City would have been a factor, but Haaland Junior “awarded points in categories such as coaches, teammates, training grounds, team status, salary and so on”. So the choice fell on the Skyblues.

While Haaland’s move paid off and the striker scores at will in Manchester, the decision on Bellingham’s future is yet to be made. Although the Englishman has been found at BVB in the long term without an exit clause, there are many indications that the youngster will not be put in the way of a suitable offer in the three-digit million range next summer.

Former English national player Emile Heskey is also certain that Jude Bellingham will flush a large sum into BVB’s coffers if he sells it. “I think the fight for his signature has already started. Liverpool are there and they are one of the most attractive clubs in the Premier League and in the world,” he told the Mirror and campaigned for a move to his former club.

Heskey continued: “But it depends on the priority given to midfield. Is the club willing to invest more than £100m (€115m, ed.) in a player? Because that’s the sum, over we’re talking about at Bellingham.” However, the youngster could “generate more income for the club in the long term, because we are talking about one of the greatest talents in the world”.

In addition to Liverpool, Bellingham is also associated with Manchester City, Real Madrid and Chelsea FC. After the World Cup, there could be movement in the question of how he plans his future beyond the season.

Ex-Borussian Thomas Delaney has admitted that his time at Sevilla FC is currently not the happiest. At the Danish national team, the 31-year-old told the agency Ritzau: “It’s no secret that things are not going as I expected, either for Sevilla or for me personally.”

Delaney’s contract in Spain runs until 2025, but according to media reports, the midfielder can leave the club if a suitable offer is made. “Obviously it’s frustrating. I didn’t go to Seville to drink Rioja and eat tapas.”

After three years in Dortmund – Delaney had previously come from Bremen for 20 million euros – the Dane joined Sevilla in 2021. While he made 88 competitive appearances for Borussia (four goals, eleven assists), he has added 47 (three points) to Andalusia after the six-million change.