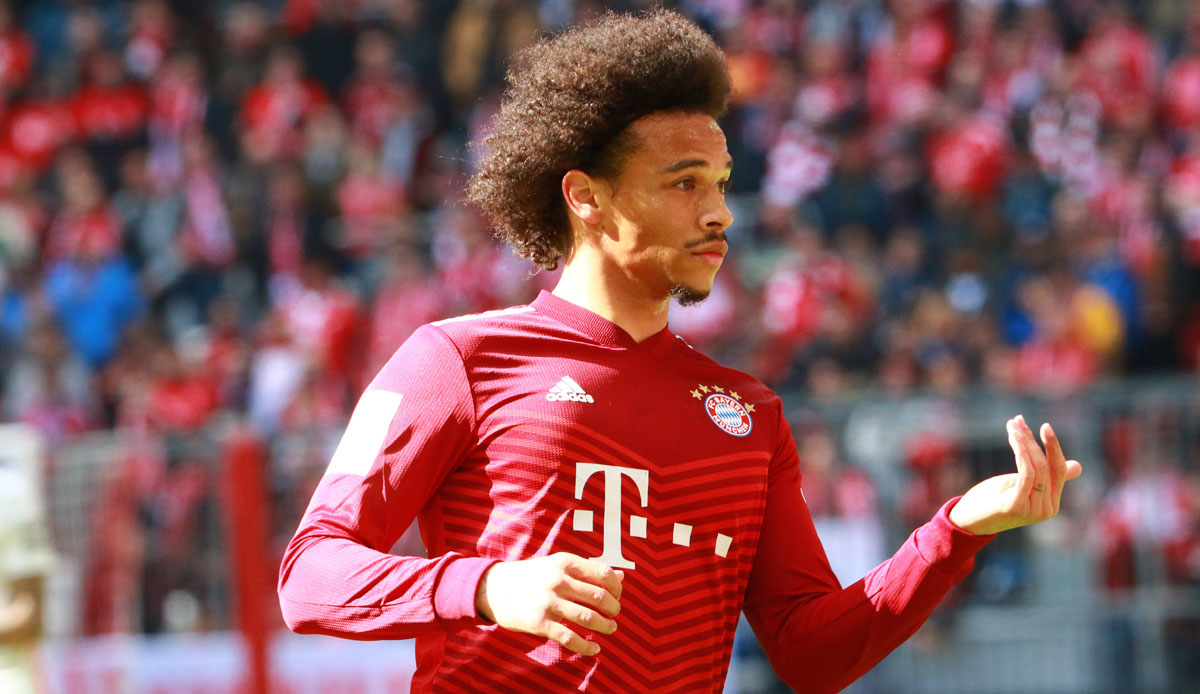 Bayern Munich’s rather meager 1-0 win against Augsburg showed that Leroy Sane may be playing in the wrong position. Marcel Sabitzer finally seems to be arriving in Munich. And the return of the fans is just right for the record champions. The theses of the game.

And dived again… As with his brief appearance in the 0-1 draw in Villarreal, Leroy Sane experienced a game against Augsburg to forget. The left foot, on the right wing on Saturday, again didn’t seem really involved in a Bayern offensive that was admittedly sluggish overall, and unsuccessfully tried to catch up at the back and front. When he was substituted, he finally seemed visibly pissed off.

What are the reasons for two poor performances within a few days? “I like Leroy very much, as a person and as a player. Everyone knows that he has incredible qualities. He is self-critical enough and knows himself that he hasn’t played well lately. I don’t know exactly why. He had ups and downs throughout his career. I totally support him,” said Nagelsmann when asked by SPOX and GOALS.

But the solution to the riddle could simply lie in the positioning. When Nagelsmann moved from Leipzig to Munich, he initially used Sane on the right. From the third day of play, however, he gave Sane a new, old home on the left wing.

There Sane visibly flourished and finally became a top performer. Although he was used again and again in the center afterwards – sometimes convincingly. But Sane seems to feel most comfortable on the left. Nagelsmann should remember this – especially since the alternative Serge Gnabry, whom the trainer called up for Sane on the left, could not really convince.

2. Marcel Sabitzer is finally an alternative

It wasn’t an outstanding performance by Marcel Sabitzer. But definitely one where you could guess why Nagelsmann wanted to take the middle player with him from Leipzig. Sabitzer replaced Leon Goretzka in the center next to Joshua Kimmich in the 57th minute. The Austrian did so well for Nagelsmann that he praised him effusively after the game.

“Sabi and King gave us the three points. We had a lot of moments in the first half that Sabi solved in the second half,” enthused the coach. Sabitzer “awakened emotions” and simply “ran through” an opponent. Nagelsmann continues: “Today he had the biliousness that also distinguished him in Leipzig. With his pass to King, where Gikiewicz stops, you can also see the fine blade he has. But also, conversely, this constant attacking paired with this Biliousness to win the ball. That really distinguished him. It was an outstanding game from him.”

FC Bayern transferred 15 million euros to Leipzig for the Austrian in the summer. Sabitzer was Nagelsmann’s only real dream player. After severe teething problems, the right-footed player is finally developing into a real alternative, and he was already really present in the 4-1 win against Freiburg after being substituted on. And at the same time gives Nagelsmann more opportunities to top up with (regular) changes from the bank.

3. The return of spectators is just right for Bayern

Anyone who drove to the stadium against Augsburg by car was almost certainly stuck in a traffic jam shortly before the finish line. According to a decision by the Bavarian state government, 75,000 spectators were allowed back into the arena on Saturday. Bayern’s living room was only this full once in two years of the Corona pandemic – in the 2-1 win against Freiburg in November 2021. Apparently, the return of the spectators didn’t really inspire Julian Nagelsmann’s team, but in view of the come at just the right time for Tuesday’s do-or-die game against Villarreal in the Champions League.

“We had six to seven minutes in the second half, which was comparable to the first 45. The stadium, the curve, helps us in moments like this. It’s good for us that the fans are back, we’re happy about that,” emphasizes Nagelsmann the importance of a full stadium for one’s own appearance. “It’s always valuable, but especially when it’s tough.” Judging by the two most recent games, Bayern could need the support of the fans on Tuesday more than they will like.

Closing words from Leon Goretzka on the interaction between fans and players: “On Tuesday the hut will be on fire and we will deliver a game that is Bayern-like.”