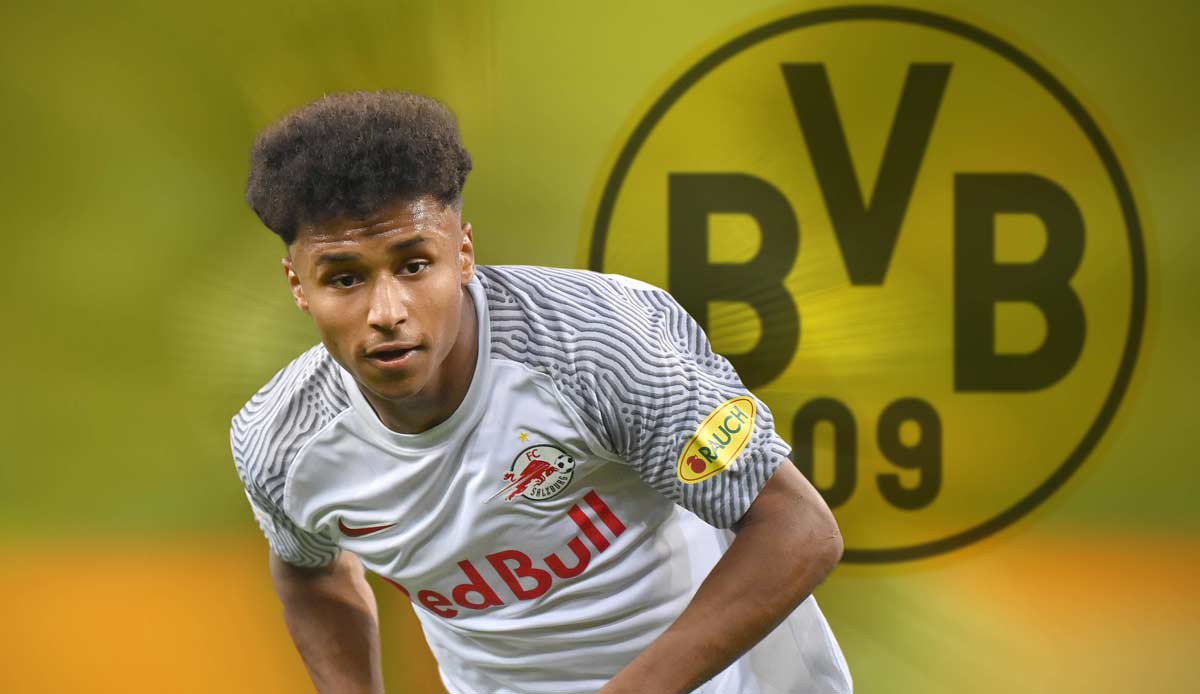 Borussia Dortmund have signed national player Karim Adeyemi from Red Bull Salzburg. BVB officially announced this on Tuesday. The 20-year-old attacker signed a contract with the black and yellow until 2027, which reportedly does not include an exit clause.

The three-time German international (one goal) has long been a dream goal for Dortmund. The sticking point in the negotiations between BVB and the Austrian series champions from Salzburg was the transfer for a long time.

According to media reports, Adeyemi will have to pay a transfer fee of 38 million euros, which can increase to up to 41 million euros due to bonus payments. This makes Adeyemi the most expensive signing in Dortmund club history. The previous record holder was Mats Hummels, who moved from Bayern Munich to Dortmund in 2019 for 30.5 million euros.

Adeyemi is versatile on the offensive. The fast attacker can act both in the center and on the wings. Born in Munich, he was active in the youth team at FC Bayern from 2009 to 2011, after leaving there he ended up at SpVgg Unterhaching via Forstenried in 2012.

In 2018 Adeyemi moved to Red Bull Salzburg for 3.35 million euros. In the current season he has scored 23 goals in 42 competitive games for the Austrian club and provided eight more assists.

In 2019 Adeyemi was awarded the Fritz Walter Medal in gold for the best young player in the U17 age group. With the German U21 national team, he won the European Championship title in 2021. In the same year, Adeyemi made his debut for the DFB team on September 5 in the World Cup qualifier against Armenia (6-0) under national coach Hansi Flick, scoring his only international goal to date.