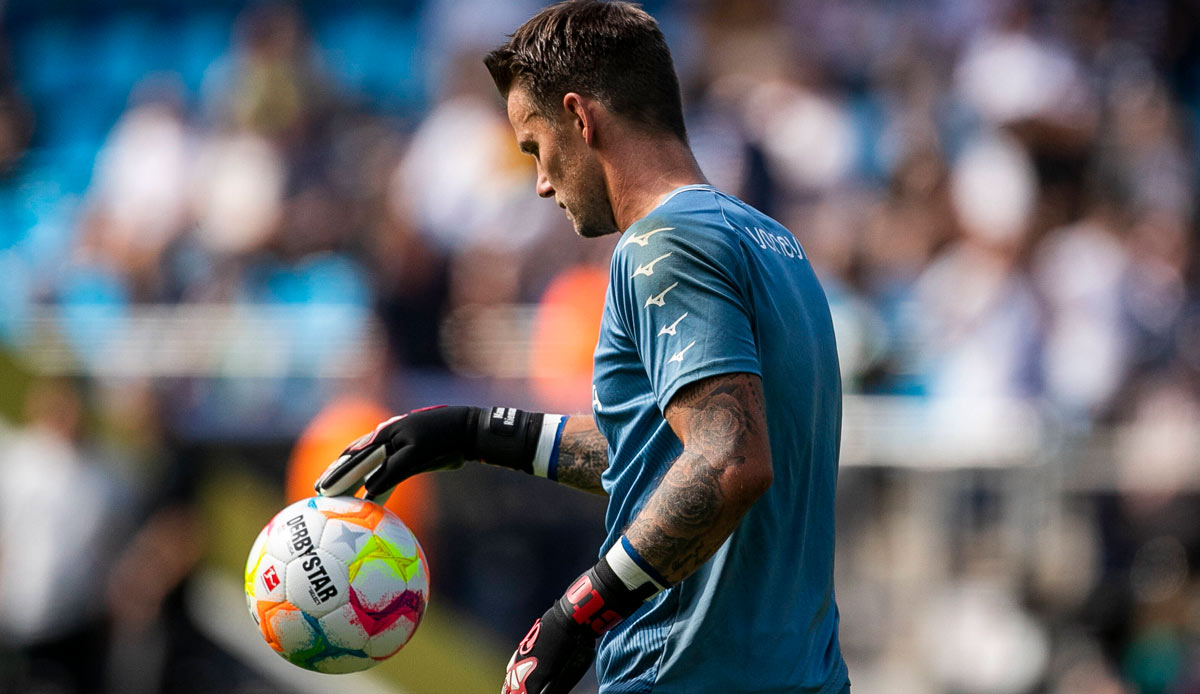 After five defeats, VfL Bochum seems to be on edge. Noisy WAZ goalkeeper Manuel Riemann called his teammates “freaks” during training on Tuesday. It is said that there was a pack formation and an argument between the goalkeeper and Gerrit Holtmann. Training got loud WAZ continued without the two players on the orders of coach Thomas Reis.

Riemann apologized a few hours later on Instagram. “I used a word today in training that you don’t use. People feel discriminated against by it. I don’t want to repeat it. I just want to apologize,” said Riemann. He had “not lived up to his role as a role model”.

The background was a lost training game. “I don’t like to lose. I was angry. It just shows that the team is alive. But you just have to verbally express yourself differently,” said Riemann.

Meanwhile, the zero-point start is becoming an ever greater burden for Reis. There is still no job guarantee for the coach before the landmark derby at Schalke 04 on Saturday (6.30 p.m.), although the VfL fans supported the football coach despite the 0-2 defeat against Werder Bremen last Saturday.

“We always have to look at the overall context. With all the support and credit from the fans that the coach and team have earned in recent years, we mustn’t forget the here and now,” said the new VfL sports director Patrick Fabian WAZ: “We haven’t got a point after five games, that’s a fact. We have to see that we can get points quickly.”

Probably only a victory for Bochum in the prestige duel on Saturday will end the discussions about rice. Fabian: “The game against Schalke offers a great opportunity to achieve a turnaround in terms of points and emotions.”