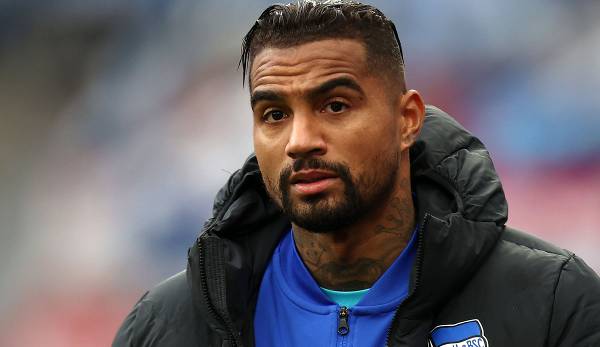 After the 2-1 defeat against Mainz 05 on Saturday evening, Hertha BSC is still threatened with relegation, so the frustration among the Berliners is correspondingly high. Kevin-Prince Boateng directed his after the game against TV expert Lothar Matthäus.

Lothar Matthäus had clearly criticized Hertha’s performance in the last home game of the season against Mainz. Midfielder Kevin-Prince Boateng got that before his interview with the pay TV station Sky With.

His reaction: “I just heard Matthäus, he knows everything,” remarked Boateng, and added: “Everything was bad with us again.”

From Boateng’s point of view, the German record international was not completely wrong either: “I have to agree with him on one thing: We didn’t play well from behind. I wouldn’t say the rest so badly.”

However, Boateng also admitted: “There was a lot missing, which has distinguished us in the last few weeks. We were not in the game today, from the first minute to the end, we were not fresh in our heads.”

Due to the defeat, Hertha BSC now has to hope for support from FC Bayern, who will meet VfB Stuttgart on Sunday before the bowls are handed over (live on DAZN from 5.30 p.m.). If the champions manage to win, Hertha would go into the season final with a four-point lead over the relegation place and would thus be officially saved.

However, if the Swabians manage to win at least one point, Hertha would have to tremble until the end, as Stuttgart has a significantly better goal difference and could therefore overtake Berlin on the 34th match day if they were tied.

However, the direct relegation is definitely spared the Berliners (33 points) after the results of the previous weekend. Only Arminia Bielefeld (27 points) and VfB (29 points) are eligible for this.

Bundesliga: The rest of the program in the relegation battle