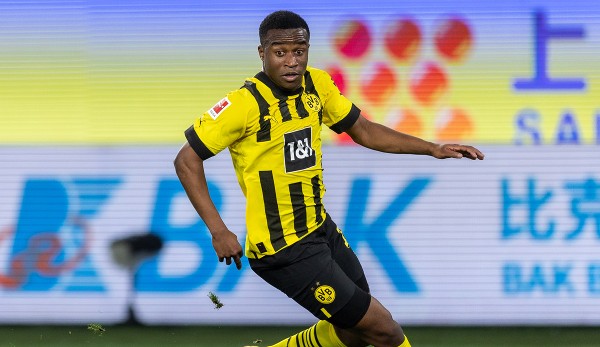 Lothar Matthäus advises youngster Youssoufa Moukoko to remain at BVB. Also: The black and yellow have apparently found a successor for ex-assistant coach Peter Hermann. You can find all the news and rumors about BVB here.

Lothar Matthäus advises the courted striker Youssoufa Moukoko (18) to extend his contract with Borussia Dortmund. “At least another two years” the 18-year-old should play for BVB and “not immediately follow the call of the money”, wrote Matthäus in his sky-Column “That’s how I see it”.

The 61-year-old pointed to “many examples of young players moving to England or other big leagues too early because they couldn’t wait”. He named Timo Werner, who has meanwhile returned to Leipzig, and also ex-Dortmunders Christian Pulisic (FC Chelsea), Ousmane Dembélé (FC Barcelona) and Jadon Sancho (Manchester United), who had or have problems with their current clubs.

Dortmund currently offers “everything he needs for Moukoko. The love of the fans, a coach who counts on him, a team that plays for him and an environment in which he can grow and thrive splendidly,” explained Matthäus.

Matthäus does not give BVB a chance for Jude Bellingham, who is only one year his senior, to stay. The 19-year-old Englishman could choose his future club after his strong World Cup. “He will definitely leave Borussia Dortmund, which is fine, especially since he will probably give the club a new record transfer fee,” said Matthäus.

Borussia Dortmund has apparently found what they are looking for in their search for a successor to former assistant coach Peter Hermann. As the picture-Zeitung reports that Armin Reutershahn is about to get involved with the Black and Yellows.

There are said to be talks between the parties, and an agreement is expected during BVB’s stay at the training camp in Marbella (January 6-14).

Reutershahn managed to stay up at TSG Hoffenheim together with current Bayern coach Julian Nagelsmann in 2016, and he was also on the sidelines with Niko Kovac in 2018 when Eintracht Frankfurt won the DFB Cup.