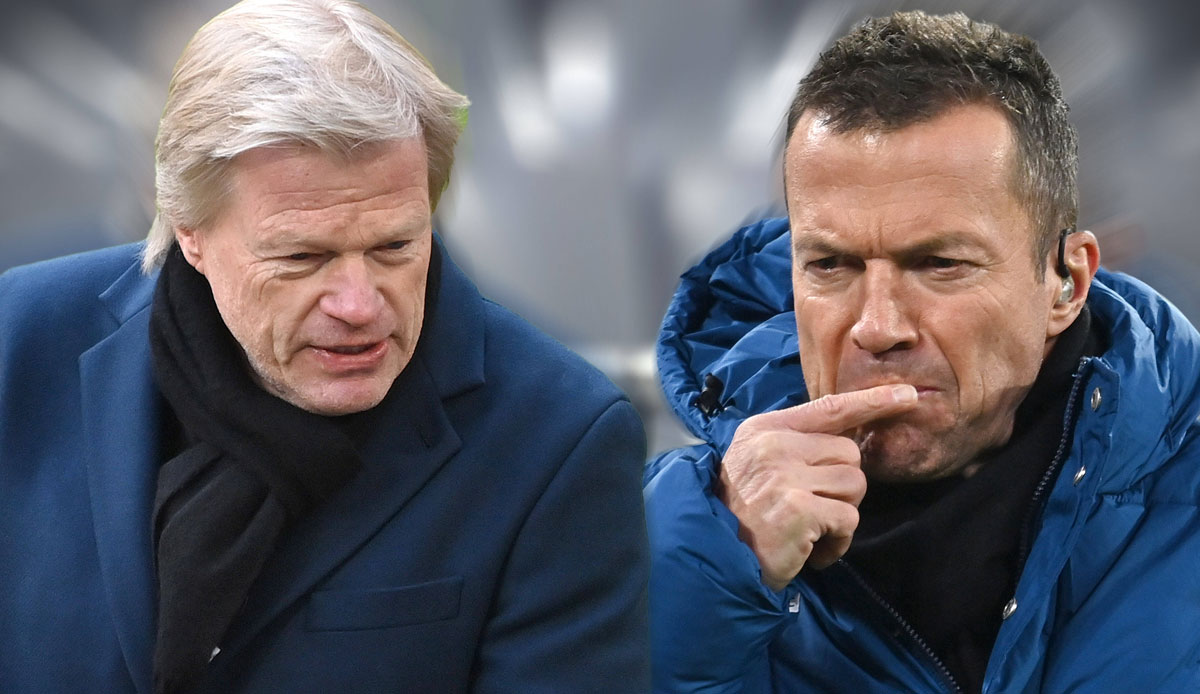 Bayern Munich’s ex-star Lothar Matthäus apparently attributes the large number of construction sites at the German soccer champions to the management style of the dual board leaders Oliver Kahn and Hasan Salihamidzic.

In his Sky column “That’s how I see it”, the captain of the German world champion team from 1990 doubted that problems such as the quarrels about the world footballer Robert Lewandowski who was willing to emigrate and the national player Serge Gnabry, who was apparently dissatisfied with Munich’s offer, in the era of the former Bayern Grandees Karl-Heinz Rummenigge and Uli Hoeneß would have performed.

“I don’t know whether these issues would have existed under the leadership of Karl-Heinz Rummenigge and Uli Hoeneß. They managed the club differently than Salihamidzic and Oliver Kahn,” wrote Matthäus.

When dealing with the personal details of Lewandowski and Gnabry, the record national player accuses the Munich team of double standards: “With Gnabry, FC Bayern is of the opinion that you may have to part ways if this offer is not enough for him. He too – just like Robert Lewandowski – One year left on the contract. However, with Lewandowski, the club acts differently. Here the player brings a club that is willing to pay a fee, but they don’t let him go. You have to be careful when you accuse one or the other of a lack of morale , but as an association also acts as its own interests demand.”

In any case, the club interest of Munich’s league rival Hertha BSC sees Matthäus protected by the remarkable election of ex-ultras Kay Bernstein as the new president of Berlin. “This man has already supported his club with all his heart and will do so now. For the new Hertha president, the old lady is everything. In the best case, he will be a really good link between the curve and the club,” said the Franconian.

Due to the currently problematic situation of professional football in Germany, Matthäus Bernstein trusts an enriching role in the ranks of club bosses: “Why not someone who interprets his role differently and knows, appreciates and admires the club from a different perspective? It There are enough presidents who just want to make their mark and are out for PR on their own, but don’t know much about football.”

Matthew is waiting for Salihamidzic to say “thank you”.

In addition, Matthäus is still waiting for a call from Hasan Salihamidzic. He has not yet come forward to thank him for his praise for Mane’s commitment. The sports director at “Bayern” deserved that.

“However, he has still not contacted me by phone to thank me for my sincere appreciation of this transfer,” he wrote: “I’m happy when he dials my number again. When I saw him and his transfer policy or rightly criticized other decisions in the past few months,” Salihamidzic called several times.

Matthäus continues: “He could do the same now and say thank you for the praise. It would be great if Hasan picked up the phone and not just when something didn’t suit him. But then he should please handle it the same way in the opposite case. Otherwise it becomes monotonous.”