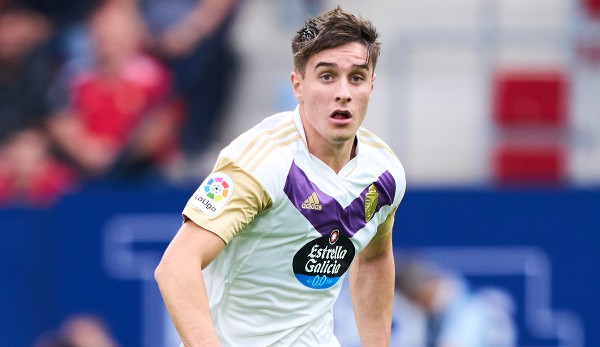 With the forthcoming transfer from Iván Fresneda to BVB, new details are coming to light. Leipzig coach Marco Rose can imagine a move from Marco Reus to the Saxons. All news and rumors about Borussia Dortmund can be found here.

The transfer fee that BVB wants to pay for the 18-year-old is said to be ten million euros. Another five million euros should be able to come as a bonus. At the same time, Dortmund should be ready to increase the fixed fee if the bonus payments decrease.

According to the report, BVB are also planning a direct loan back to Valladolid until next summer. In this case, a penalty clause should be used, according to which a certain amount will be deducted from the transfer fee to be paid for each game that the full-back no longer plays with the Spaniards.

Recently there was speculation that RB Leipzig would deal with a transfer of Marco Reus from Borussia Dortmund. RB head coach Marco Rose can at least make friends with the idea of ​​​​Reus in the Bulls jersey.

“I’ve heard that too now,” Rose said at a press conference on Monday when journalists asked about the rumors circulating. “Reus is a great guy, a great captain, a really great footballer. I’ll leave everything else to you.”

Leipzig’s sports director Max Eberl was similarly open to a change. “In general, free transfer players have found a very large market. If players are free transfers, then you should at least deal with each one,” said Eberl, with whom Reus had once advised Borussia Mönchengladbach.

Reus’ contract with Dortmund is dated until next summer. So far there have been no talks about a continuation of the cooperation. how sports1 reports, the captain is “angry” about his current situation.

BVB schedule in the coming weeks