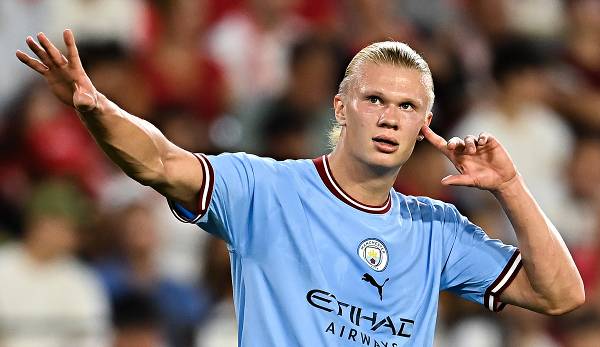 Sebastian Kehl calls the Haaland situation at the end of last season a burden. BVB is said to have shown renewed interest in Denis Zakaria. The news and rumors about Borussia.

BVB sports director Sebastian Kehl described the situation surrounding Erling Haaland as “stress in the dressing room, in the club and in the environment”. In an interview with the sports picture he explained the scenario and protected the Norwegian. Everything “simply focused on him”, although there were other important issues at Borussia that were “covered over”.

At BVB they are very happy for Haaland “that he is still so successful. He is a really good guy.” But there was still a shortcoming when moving to Manchester City. “We would have liked to have had certainty a little earlier because the issue restricted our planning,” Kehl criticized the transfer process.

But the sports director is focusing on the future: “The time without him now gives us the opportunity for other players to have more space.” He sees the lack of focus on one player as an opportunity for the team. And he has the first proof of that: “Our first ten competitive goals were scored by ten different players.”

BVB is said to have been interested in the former Gladbacher even before Denis Zakaria moved to Juventus Turin in January. According to the Italian tuttosport Borussia probably renewed the interest this summer. Ex-Dortmunder Jürgen Klopp and his Liverpool FC are said to have been on the hunt for Zakaria. The Reds even spoke of concrete negotiations, but no agreement was reached.

In addition, AS Roma and AS Monaco were also involved with the Juve midfielder. But in the end it went to the island, but not to Klopp: Chelsea grabbed Denis Zakaria on loan. Liverpool FC got Arthur Melo, also from Juventus Turin. And Borussia bought Salih Özcan from 1. FC Köln to strengthen midfield.

BVB – News: Stadium announcer was missing due to a barbecue accident

BVB legend Norbert Dickel usually acts as stadium announcer in Signal Iduna Park, but in the game against FC Copenhagen in the Champions League on Wednesday evening (BVB – FC Copenhagen 3-0: Dortmund starts confidently in the premier class – but complains about two injuries) was ” Nobby” surprisingly not there. The former centre-forward had an accident with the gas grill. “I burned my shins, so I have to stay here in the Bergmannsheil hospital,” Dickel gave the all-clear on his private Instagram profile.