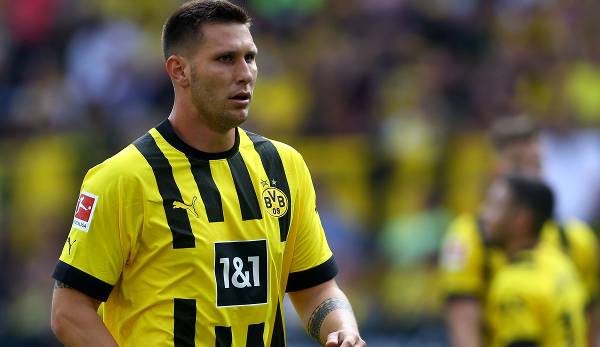 Sports director Sebastian Kehl has repeatedly defended his newcomer Niklas Süle at BVB against criticism of his alleged lack of fitness.

Before Friday’s game against TSG Hoffenheim (1-0), Kehl said opposite DAZN: “He comes from an injury. It’s clear that he can’t be at 100 percent yet.”

Kehl continued: “I don’t think it’s okay with Niklas that the topic is being opened up again. The topic has been going on for the last few days. We should put a check on it.”

Kehl himself, however, was only involved last weekend sky90 Said about Süle’s fitness: “Süle will have to get fitter.”

On Friday, however, Kehl appealed to everyone involved: “Niklas is a great boy. Let’s not break this thing so quickly.”

Süle moved from FC Bayern to Dortmund on a free transfer in the summer and suffered a muscle injury in his first appearance in the cup game at 1860 Munich (3-0). He then missed the first two games in the Bundesliga and has only made three brief appearances for BVB since then.

BVB can look forward to further income. As the club announced, a long-term partnership was agreed with the NFT-based fantasy sports game Sorare.

On the Sorare online platform, users can purchase officially licensed digital trading cards from soccer players. These trading cards are NFTs, which are limited and unique and are therefore also used by people as an investment.

More than two million users from all over the world have already registered with Sorare.

As the Ruhr news report, BVB collects around 1.5 million euros for this cooperation.

BVB grades: The team is the star – top grades for match winners and emergency nails

Dan-Axel Zagadou, defender at Borussia Dortmund until the summer, has apparently found a new club.

The Frenchman, whose contract with BVB has expired, has been looking for a club ever since. Now a hot lead leads to Italy, where according to his advisor Foot Mercato should have been for negotiations on Thursday.

Accordingly, he probably spoke to Inter Milan and AS Roma. However, since Inter ended up loaning Francesco Acerbi from Lazio, the trend is now clearly towards Roma and coach Jose Mourinho. A decision is to be made shortly before.

Zagadou is allowed to sign anywhere even after the transfer window closes as he is without a club.