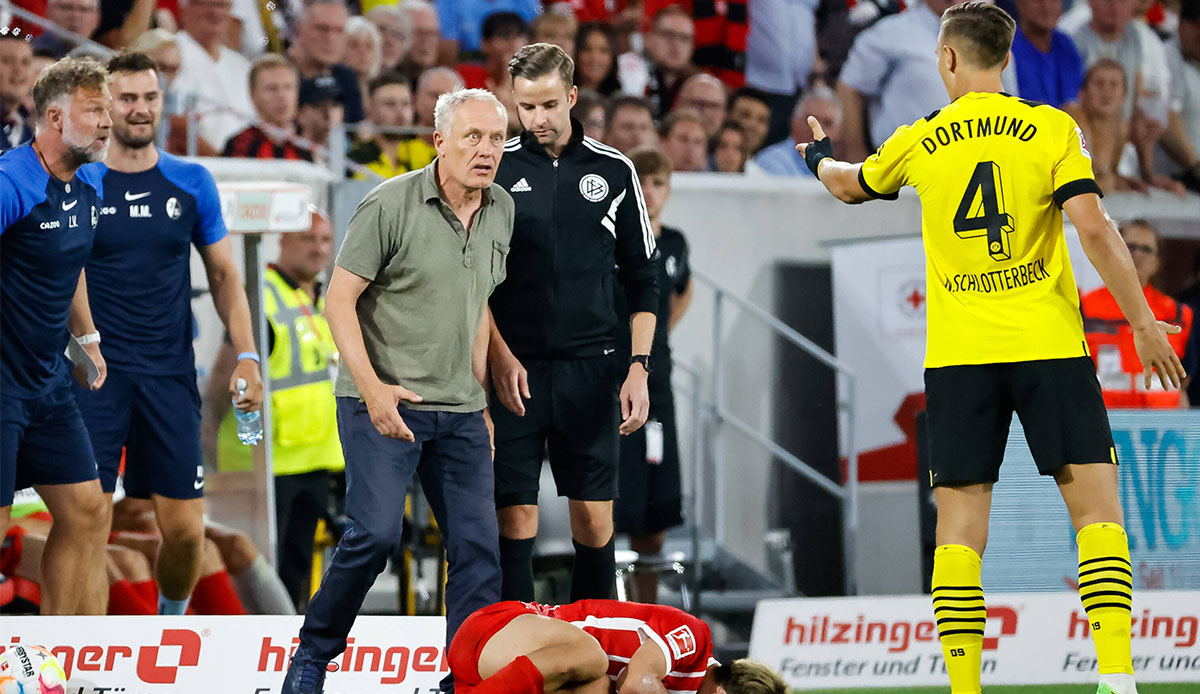 “Sit down man,” the 22-year-old snapped at his former coach during the game. Streich had previously jumped up immediately in front of the dugout because of a hard entry by the central defender against Ritsu Doan. The BVB newcomer saw a yellow card for the action in the 66th minute.

“He demanded that I don’t like that,” Schlotterbeck said after the game sports1. “But it’s all good. We understand each other. I owe him a lot,” he said forgivingly.

Streich didn’t want to hang the scene too high either. “I greeted him on the pitch, I hadn’t greeted him before. He greeted Doan, I him,” the 57-year-old commented on the battle of words after his team’s 3-1 defeat against BVB at DAZN, which is why he appeared depressed and annoyed in the interview.

Schlotterbeck comes from the youth of SC Freiburg and developed under Streich into a regular player in the Bundesliga. In March he made his debut for the national team. This summer he moved from Breisgau to Dortmund for a fee of 20 million euros. In the first two Bundesliga games of BVB in the 2022/23 season, he was in the starting line-up.