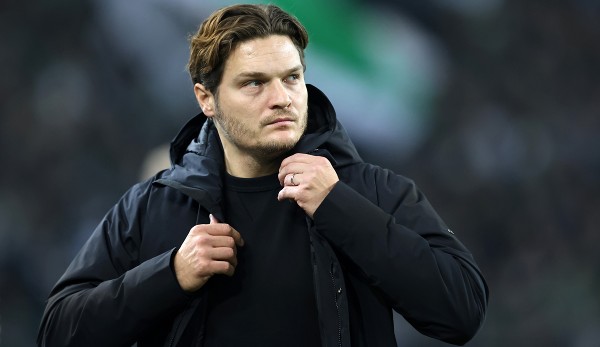 BVB wants to reposition itself on the defensive flanks and has therefore apparently targeted several youngsters from abroad. But the race for the talents from England and Spain is proving difficult.

The rumors about top English talent Cody Drameh, whom the Daily Mail already named as a hot candidate for a commitment in November. The 21-year-old right-back has been under contract with Leeds United since 2020. He was loaned to Cardiff City last season and impressed there in the second division, but has only made one appearance in the Premier League this season after returning to Leeds.

This drew interested parties to the scene, which should include Bayer Leverkusen, OSC Lille and Newcastle United in addition to BVB. But according to information from transfer expert Fabrizio Romano, Leeds want to fight for the youngster and give him more playing time to convince him to stay. The English youth international is tied to the club until 2024.

With Romano Iván Fresneda from Real Valladolid, Romano names another name, the 18-year-old already played in the youth team of Real Madrid and is now causing a stir with the newly promoted LaLiga. He was used seven times in the preliminary round for the pros, a thigh injury prevented further games. In Fresneda’s case, BVB should also share interest with Newcastle, plus Juventus Turin.

His release clause should be 40 million euros, Valladolid sporting director Fran Sánchez confirmed El Desmarque Valladolid the general interest in the player, but there is no formal offer. “If we can sell a player to sign other players to keep the class,” one would think, but was “relaxed” due to the long-term contract until 2025.

The right side of defense is a big problem for the Black and Yellows. Thomas Meunier was not able to convince in the long term, Mateu Morey still needs time after his serious knee injury, the versatile Marius Wolf recently dropped out due to a cardiac arrhythmia and does not meet the highest standards. Recently, Niklas Süle was also required to be in this position. Meunier is also associated with a change, the player himself is said to favor FC Barcelona.

A change is also looming on the left side. With Raphael Guerreiro, whose contract expires in the summer, the signs are goodbye, Nico Schulz does not play a role in Dortmund’s plans. Talks are therefore being held with Gladbach’s Ramy Bensebaini, as adviser Jaspal Singh Gill recently did sports1 confirmed. There had already been a meeting, but there would also be talks with clubs abroad. Speculations will include Manchester City, Juventus and Inter Milan. Bensebaini would be available on a free transfer after the season.

Spanish media reports suggest an alternative in Benfica’s Alejandro Grimaldo. The 27-year-old was trained at FC Barcelona and his contract expires at the end of the season. He has made 276 appearances for Benfica since 2016, 36 of them in the Champions League. He is also seeded in the current season.