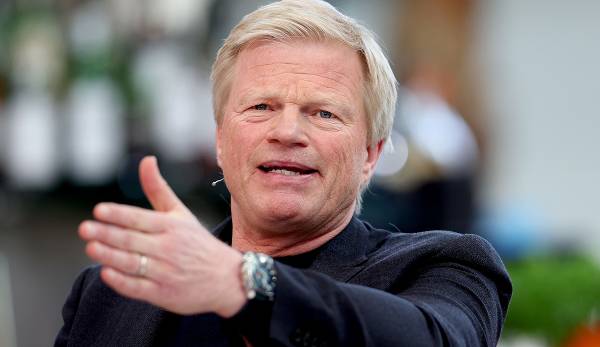 In an interview, Oliver Kahn ruled out that FC Bayern will dig deep into their pockets again this summer. Two players could still strengthen the Munich team.

“There was me [Mathys] Tel recently had another conversation,” explained Kahn in an interview with the tz. “We are also in contact with Laimer. You just have to see how things develop now.” The negotiations with Laimer in particular are well advanced, even if RB Leipzig is still reluctant to let the Austrian go.

On Thursday, RB boss Oliver Mintzlaff indicated that Leipzig might want to keep the midfielder for another year. Laimer would then change free of charge in 2023, since his contract in the trade fair city then expires. Rennes striker Tel, on the other hand, would be loud sports1 rather a candidate for the future and not planned as a direct successor to Robert Lewandowski.

in the tzinterview, Kahn indicated anyway that Bayern would no longer make any major transfers. “There is no need for us to deal with players like Matthijs de Ligt again,” the former world-class goalkeeper clarified and immediately added an explanation: “We’re bringing in internationally experienced top stars like Sadio Mane and Matthijs de Ligt in a targeted manner. But the most important thing is that we have players under contract who form our framework.”

“The whole thing is like a painting that we keep tinkering with. But not at any price, and we can calmly observe the market after our previous transfers.”

In general, Kahn likes the mix of the team, even if a real top striker is missing at the front. With the Ajax players Ryan Gravenberch and Noussair Mazraoui, other experienced players came who should give the squad more breadth, which according to Kahn was also urgently needed: “Because of the interruption caused by the World Cup in winter, it will be the toughest season ever We need a strong, broad squad to be able to maintain the level. We can now also replace absentees without losing too much substance.”

FC Bayern: These arrivals and departures are fixed