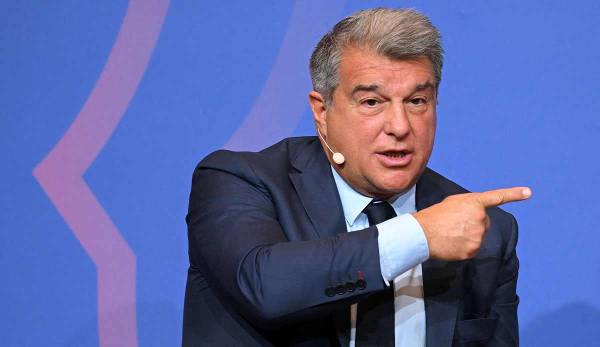 The President of FC Barcelona, ​​Joan Laporta, has spoken in poker about Bayern star Robert Lewandowski. Further details of a meeting between Lewandowski and Barca coach Xavi in ​​Ibiza have also surfaced. News and rumors about FC Bayern Munich can be found here.

Here you can find all the news and rumors about FCB from the day before.

The President of FC Barcelona, ​​Joan Laporta, has spoken in poker about Robert Lewandowski. Laporta put on the brakes a bit in the courtship of the Bayern Munich attacker who was willing to change.

“Lewandowski is a Bayern player, I prefer to keep the situation calm,” Laporta said in an interview with Spanish journalists on Saturday. “We know he has said publicly that he wants to come to Barca and we’re very flattered, but we have a lot of respect for Bayern Munich, they’re one of the best clubs in the world. There’s mutual respect between clubs.”

Laporta had previously announced in a media round that FC Barcelona wanted to pay a maximum of 40 million euros for Lewandowski, who is still under contract with FC Bayern until 2023. Last week there were reports of a corresponding offer, which Bayern are said to have rejected. According to a report in the newspaper Sport, Bavaria’s pain threshold should even be 75 million euros. Previously, there was talk of 50 million euros.

After the end of the season, Lewandowski publicly stated that he wanted to leave Bayern. Those responsible for the record champions had recently confirmed that the Polish attacker would remain. “We are happy to see him in training on the first day. We have a responsibility to ensure that the club is as successful as possible. Robert has shown what he can contribute and what he will contribute in the future. He has a contract with FC Bayern Munich until 2023. We don’t deal with anything else,” said CEO Oliver Kahn.

Robert Lewandowski and Xavi are said to have met during his Ibiza vacation. The meeting in the “Lio” club is said to have been of a coincidental nature.

The Spanish Newspaper AS now wants to know the details. So it was a friendly conversation. When saying goodbye, Lewandowski is said to have confirmed his desire to switch to FC Barcelona. “I really want to train with you,” Lewandowski said loudly AS have said.

FC Bayern starts preparing for the new season on July 12th. Most recently, the Bayern bosses had emphasized that Lewandowski was expected to start training on Säbener Straße. His contract runs until 2023, and the 33-year-old had rejected an offer to extend his working papers.

Serge Gnabry’s open future has apparently brought two top teams from England onto the scene. Like the tabloid Sun reported, Manchester United and Manchester City are said to be hot for the international. A possible fee of 35 million pounds (equivalent to around 40 million euros) is mentioned.

Gnabry’s contract with FC Bayern expires in 2023. So far, the 26-year-old has hesitated to sign. Bayern would like to keep Gnabry.

At Man City, winger could replace Raheem Sterling, who is said to be about to move to Chelsea. In addition, Gabriel Jesus is about to jump towards Arsenal.